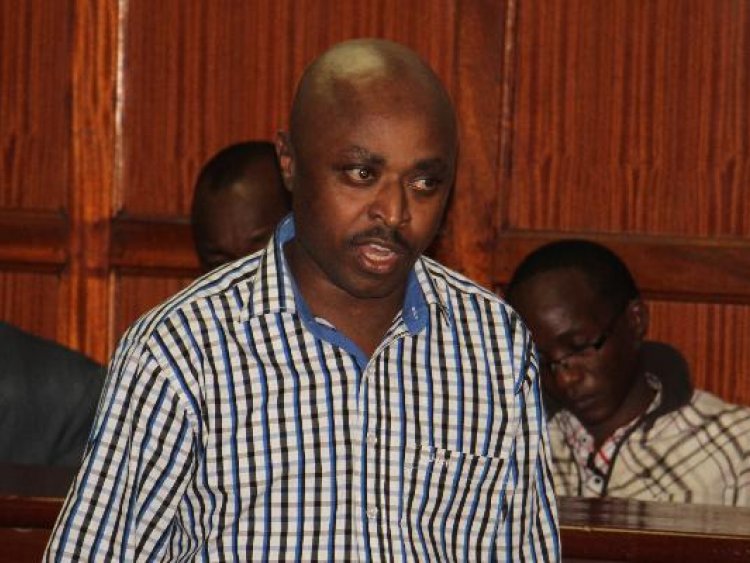 Mugo wa Wairimu at Milimani law courts where he was charged afresh with rape, operating a clinic without valid licences and masquerading as a gynaecologist, March 14,. 2016. Photo/PHILIP KAMAKYA

Mugo wa Wairimu has been charged afresh with rape, operating a clinic without valid licences and masquerading as a gynaecologist.

Wairimu, whose real name is James Mugo Ndicho, was charged again as sections of the law are being amended, chief magistrate Daniel Ogembo said, adding “it is also a reminder to him”.

The accused denied the charges at Milimani law courts on Monday but the case did not proceed as his lawyer Cliff Ombeta failed to show up.

Ogembo set hearings for May 4 and 5 following the accused’s request but said he will not entertain any more adjournments.

Mugo was charged on October 2015 with 12 counts of crimes concerning allegations he sedated and raped his patients.

Police had said the fake gynaecologist could not be charged with rape for lack of forensic evidence and witness statements.

Mugo was arrested after a video recording believed to be of him sedating and raping a female patient at Prestige Clinic in Githurai 44 estate, Nairobi, circulated in the media.

He was arrested in Limuru and arraigned in court on September 11.

Is your doctor registered? Visit http://health.the-star.co.ke or SMS doctor’s full name to 22495

Mugo wa Wairimu charged afresh with rape, pretending to be gynaecologist Reviewed by samrack on March 14, 2016 .