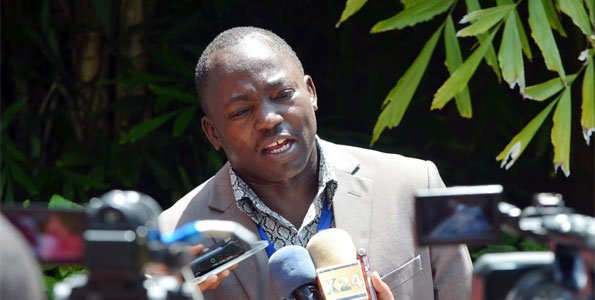 Ten Mt Kenya region governors have come up with an ambitious Sh100 billion blueprint to transform the economic fortunes of the vast area.

In the plan, the counties will spend about Sh10 billion each, although most of the investment will be private-sector driven, with the government providing infrastructure such as revived roads and railways to create a conducive business environment.

This comes a year after the governors signed a memorandum of understanding establishing the Mt Kenya and Aberdare Counties Economic Bloc, with a population of 17 million people.

Priority pillars of the organisation are agriculture and agri-business, industrialisation, healthcare, tourism, water and resource management, infrastructure and ICT.

“All governors of the region have given firm commitment to ensure that the economic bloc is fully operational. This will improve the livelihoods of the citizens and all Kenyans in general,” said Mt Kenya Governors’ chairman Joshua Irungu (Laikipia).

The leaders propose a four-pronged strategy to re-engineer the agriculture sector from a single to a three-engine economy — agriculture, industry and services — to create jobs for thousands of youths.

The economic development agenda calls for the input of various stakeholders, with the county and national governments, the private sector and development agencies playing key roles.

The Mount Kenya Foundation, a caucus comprising the region’s prominent business people, such as Equity Bank founder Peter Munga, will lead and coordinate the vision.
It is also expected to provide support to the counties in planning and resource mobilisation.

The blueprint is hinged on industrialisation of agriculture, export diversification and market development, urbanisation and transformation, and up-scaling of tourism. These are regarded as the new frontiers for growth.

A key project for horticulture is the establishment of an industrial and logistic park at Sagana or Makutano towns for packaging, refrigeration, processing, warehousing and distribution of goods.

Packaging houses could serve supermarkets in the region, which are increasingly becoming outlets for fresh foods.

The county chiefs are also proposing the development of a Thika-Nanyuki transport corridor for industrialisation, as it is connected to five of the region’s counties and is served by a major road and railway line.

In addition, the land around Makutano-Sagana and Kiganjo-Nanyuki is relatively cheap. The leaders want the national government to support its development by abolishing capital gains tax that has negatively affected real estate development and revive the disused railway for goods and passengers transport.

They want the line connected to Isiolo to benefit from the Lamu Port-South Sudan-Ethiopia-Transport (Lapsset) corridor, as well as fast tracking of the Kenol-Nyeri Road into a dual carriageway.

Their blueprint also calls for establishment of special economic zones that will allow setting up of light industries such as “business processes outsourcing centres”, computer and vehicle assembly plants, and factories making alternative building materials.

They believe the region is well placed to tap the Persian Gulf horticulture market and even compete with the European Union in horticulture exports.

As part of export diversification, the governors want resumption of miraa (khat) exports to Europe, re-establishment of the cotton industry, posting of agriculture attachés in key diplomatic missions to promote export of non-traditional products, and revival of the Uplands Bacon factory.

The plan also proposes the promotion and branding of the region as a distinct tourism destination, and setting aside of funds to develop niche products such as agro-tourism.

To implement these initiatives, each county will be required to spend Sh10 billion. This could be a challenge to many, considering that most counties are still relying on budgetary allocation from the national government, as opposed to locally-generated revenue.

“The development of an economic blueprint is indicative and not prescriptive. It will require more in-depth prognosis and deeper research to attract the private sector and be the engine of growth for the regional economy,” Mr Irungu said.

Implementation of the economic strategy is, however, dependent on development of a harmonised policy for the member counties.

“We are yet to set up the bloc’s secretariat because there is no policy. A bill on the bloc should also be presented to county assemblies for discussion and approval,” said Laikipia county executive committee member Jane Putunoi.

The governors decided to set up the secretariat in Nanyuki town.