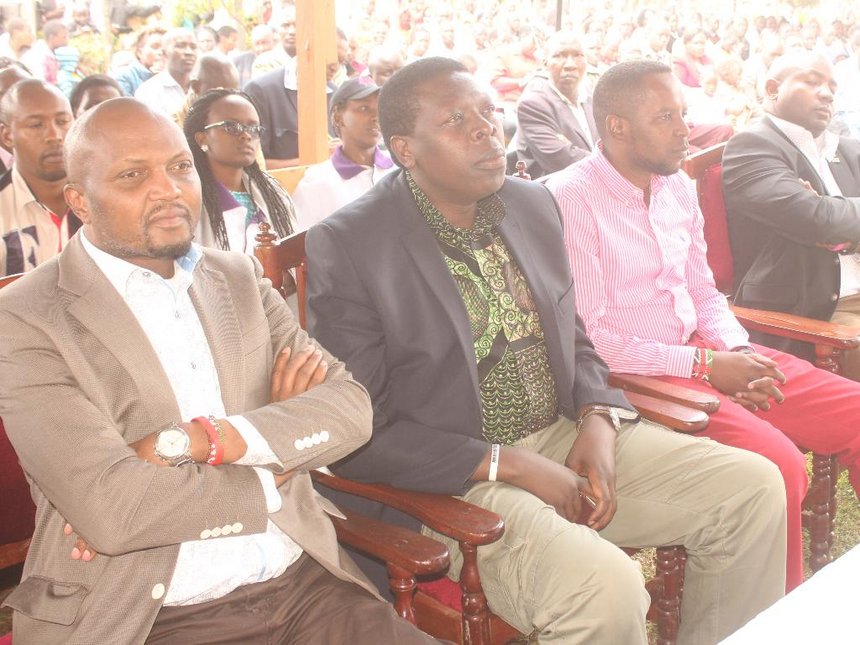 Kuria led several MPs in saying the electoral agency must be not be headed by political leaders as they will only serve their parties’ interests.

“Should Cord leaders refuse to adhere to the nomination of new commissioners from the Hindu, Christian and Muslim communities, we in Jubilee will have no alternative but to ensure the outgoing commissioners remain in officer to prepare for the next general election,” he said.

The MP added that the commissioners, led by chairman Issack Hassan, are likely to be retained for the August 8, 2017 poll.

Kuria further proposed that religious leader be appointed to the Independent Electoral and Boundaries Commission.

He said the new team of commissioners should be in office early enough to avert possible delays of the general election.

The leaders said Jubilee will win the elections with a margin of not less than 70 per cent +1 against the opposition.

Kuria said Oburu Oginga, brother to Cord leader Raila Odinga, hinted that he would defect to Jubilee with more leaders from Nyanza.

“They have no chance of excelling while in their current political outfit,” he said.

Kuria said Raila and Cord co-principals Kalonzo Musyoka and Moses Wetang’ula will alternate as official opposition leaders for the next 50 years as Cord lacks Kenyans’ goodwill.

“Jubilee will ensure the re-election of President Uhuru Kenyatta and DP William Ruto in the coming election, with Ruto taking over after the 2022 general election as Kenya’s fifth President,” he said.

MOST READ: IEBC team will man 2017 poll if Cord insists on political appointees – Kuria Reviewed by samrack on August 8, 2016 .