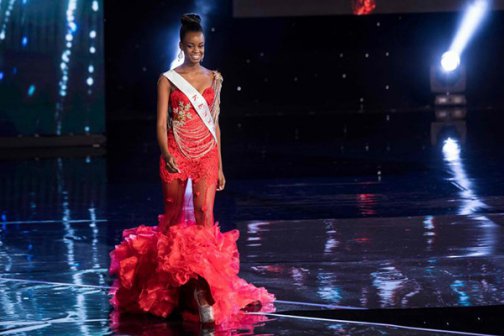 Kenya’s Miss World 2016 contestant emerged among the top five in the global beauty pageant held in Maryland, USA, on Sunday night. “Grateful to God for top 5 #missworld2016. Super humbling. Thank you Kenya and world for praying and voting,” tweeted Miss World Kenya 2016, Evelyn Njambi Thungu moments after the results were announced. Nineteen-year-old Stephanie Del Valle from Puerto Rico won the 66th edition of the contest that attracted more than 130 contestants. Although she did not win, the 23-year-old interior design student at Maseno University, whose crowning was marked with little pomp, will be remembered as the beauty queen who had the shortest time to prepare for a Miss World pageant. She was declared Miss Kenya after the controversy ridden dethroning of Roshanara Ebrahim in July. Roshanara was dethroned six months into her crowning following allegations of ‘Breach of Code of Conduct’ by the pageant’s franchise. READ: Lessons for Kenya from France’s Sh25b tech city It was drama from then on with Roshanara promising to hit the Miss Kenya pageant officials with a lawsuit in an attempt to fight for her reputation. Roshanara appeared on live TV complaining that the Miss World Kenya office constantly frustrated her in her six-month reign. Miss World Kenya franchise holders, Ashleys Kenya, dared Roshanara to go to court, saying they were more than willing to table evidence on how she breached the code of conduct leading to her dethroning. HOLDING EVIDENCE According to Ms Terry Mungai, CEO Ashleys Kenya, the franchise holder was only holding back evidence that led to Roshanara’s dethronement to save her from public ridicule. “The truth is that we have never mistreated her as a crown holder, how could we? She was our beauty queen. She was being paid Sh30,000 a month for her charity work and everything that is required of us to do for her, including wardrobe and photography was being executed. All this we can prove,” said Ms Mungai. READ: Eight ways we can make education in Kenya great again Roshanara went to court, but that was not before Judge Mbugua Mureithi issued restraining orders stopping any publication in any platform by the directors of Ashleys about her pending  hearing of a suit she had filed at the Milimani Law Courts. The case has since been dismissed as lacking any legal basis. The lawsuit did not stop Evelyn, who took over from Roshanara as Miss World Kenya, from continuing with her preparations for the Miss World contest. Although she had barely six months to prepare, Eveyln was bubbling with confidence that she would do well. “With all the assistance I am getting from Ashleys Kenya Limited, the Miss World Kenya pageant holders and Terry Mungai, the CEO, I have no doubt in my mind that I will do well,” she said in a previous interview. Ashleys threw itsweight behind her. READ: Kenya weighs its options as Brexit and Trump signal start of new global order “Evelyn is a diligent lady, and although she has her work cut out for her, I am confident she will rise to the occasion and represent the country well at the Miss World Finals in December,” said Mungai. And represent the country well she did, becoming the first ever Miss World Kenya contestant to make it to the top five in Miss World pageant. Kenya’s best record at the Miss World competition is when its contestant emerged among the top 10 in 2015 and 2014, when Charity Mwangi and Idah Nguma respectively represented the country. Everlyn now becomes the new Miss World Africa. The crowning of Miss World had been preceded by more pageant wins for Kenya. The country’s designers got a chance to exclusively feature their dresses at the Miss World global charity ball, where Evelyn got to take part. Brand Kenya Board member Julie Gichuru was elated. “It is a great honour for Kenya to have been invited to dress the Miss World contestants, which creates an opportunity for us to develop a vibrant and sustainable fashion industry while also building Brand Kenya,” said Gichuru.   DESIGNER DRESSES Among the dresses she wore, her red heavily embellished gown was recognised in the top 10 designer dresses. In yet another pre-pageant category, Beauty with a Purpose, which honours contestants working on the best charitable project in their country, Evelyn emerged among the six finalists for her advocacy against Female Genital Mutilation. Previously, this title has been won by Cecilia Mwangi whose charitable project involved campaigning against the jigger-menace, and in 2014 by Idah Nguma whose project involved putting a smile on cleft lip patients. The title attracts a Sh900,000 reward. Ironically, despite Kenyans being known for their athletic prowess, the country lost in the Sport category to Cook Islands. Evelyn and her team is expected back in the country today at 2pm.
Read more at: https://www.standardmedia.co.ke/