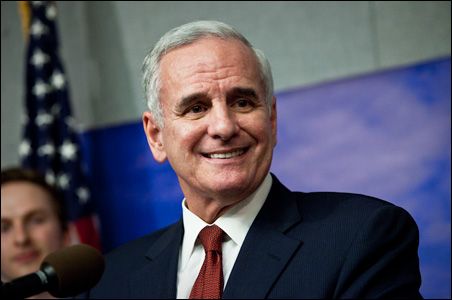 Minnesota Governor Mark Dayton, who collapsed while delivering his state-of-the-state address in St. Paul, said on Tuesday he has been diagnosed with prostate cancer but planned to stay on the job while undergoing treatment.

Dayton, 69, told reporters at a press conference that he did not think the fainting episode was related to his cancer and felt fit to serve out the remainder of his term that runs until early 2018.

“People deserve a governor who is on the job, qualified to perform the job intellectually and physically, and I believe I am,” Dayton said, adding: “I expect to be judged for how well I perform.READ MORE