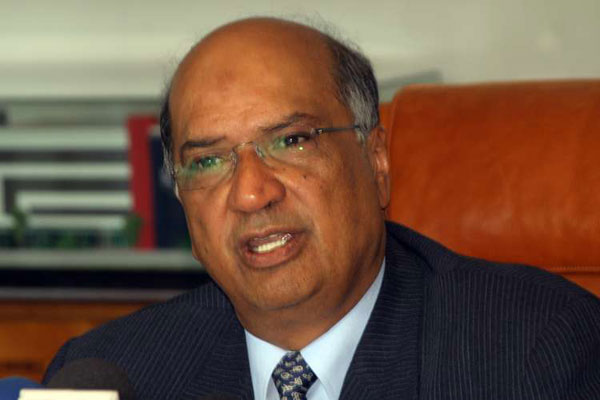 Naushad Merali, founder of Sameer Group. Mr Merali is number-two on the Forbes list with a net worth of $550 million. PHOTO | ANTHONY OMUYA | NATION MEDIA GROUP

The number of high-wealth Kenyans is rising rapidly even as the majority of the country’s people remain mired in acute poverty or subsist on incomes of less than $3 (Sh300) a day, studies by the World Bank and a South African research firm show.

In Kenya, in 2013, about 8,300 “high net-worth individuals,” defined as those with financial assets in excess of $1 million (about Sh100 million), accounted for roughly 62 per cent of the wealth of a nation with nearly 40 million citizens.

The combined net worth of these wealthiest Kenyans was estimated at $31 billion. Wealth per capita in Kenya, meanwhile, stood at $910 in 2014.

“Although not all aspects of inequality are necessarily bad (rewarding effort and risk taking can promote growth), high levels of inequality can impose heavy socio-economic costs on society,” the World Bank comments in a recent study on poverty in Africa.

Rich Kenyans are proliferating at a rate that greatly exceeds worldwide trends, according to a 2013 study by New World Wealth, a Johannesburg-based consulting firm.

The number of high-net-worth Kenyans rose by 24 per cent while the global total dropped by 0.3 per cent, the study finds.

The growth rate for the most affluent Kenyans is forecast to accelerate to 28 per cent over the next four years, expanding the ranks of millionaires to 10,700 by 2017.

Even then, Kenya will have far fewer millionaires than South Africa, which currently counts 46,000 high-wealth citizens.

Nigeria also has a slightly larger total of millionaires than does Kenya.

Tanzania has only about one-quarter as many high-wealth residents as Kenya. There are 2,200 millionaires in Tanzania and 1,300 in Uganda, New World Wealth reckons.

Much of the wealth of the most comfortable Kenyans is kept abroad rather than invested at home.

The New World Wealth report finds that Kenyan millionaires stashed close to 30 per cent of their total holdings in private banks in the UK, Switzerland, Dubai, Cyprus and the Channel Islands.

The expansion of Kenya’s millionaire class is attributed in part to rising commodity prices and the growth of companies in the construction, real estate, telecom, banking and transport sectors.

The rise in dollar-based wealth for the top Kenyan earners “was notable as it occurred despite a significant depreciation of the shilling against the US dollar” in recent years, the report points out.

Contrary to some projections, Nairobi did not rank in December 2014 as one of the three most expensive cities in sub-Saharan Africa in terms of home prices.

The Talatona area of oil-rich Angola commands the second-highest home prices at $4,200 per square meter. Johannesburg’s Sandton section is next. The price per square meter there is said to be $4,200.

In upscale neighbourhoods in Nairobi, a home can be bought for around $1,600 per square metre – fifth highest in sub-Saharan Africa.

The growth of Kenya’s millionaire class has attracted several wealth-management firms to Nairobi.

The Kenyan wealth management sector is set to benefit from strong growth in the ranks of high net-worth individuals in Tanzania and Uganda, New World Wealth predicts.

Those countries “have less-developed banking systems,” meaning some of their wealthiest citizens “may choose to use Kenyan banks”.

Credit Suisse, RMB (South Africa) and UBS (Switzerland) are among the wealth management operations likely to set up shops in Nairobi in the next few years, New World Wealth says.

New York-based Chase Morgan is also seeking to establish a branch in Kenya.

While Kenya is not home to any of Africa’s 19 dollar billionaires, a few Kenyans have net worth in the hundreds of millions of dollars.

However, considering poor record-keeping levels and lack of transparency in monitoring these trends, some of the information on individual and family net worth is often open to question.

Last March, US-based Forbes magazine ranked Bhimji Depar Shah and family, with a net worth calculated at $700 million, as the wealthiest Kenyans.

Mr Shah is founder of Bidco Industries, a manufacturer of edible oil, that registers an annual revenue of more than $500 million.

Number-two on the Forbes list is Naushad Merali, founder of the Sameer Group that has interests in construction, agriculture, property, information technology and finance. His net worth is placed at $550 million.

“He owns the nation’s biggest dairy company, vast tracts of land and a host of other companies in various industries like jewelry, media, transport, finance, agriculture, banking and real estate,” Forbes reports.

However, it is unclear where Forbes drew the line between individual and family wealth.

Naushad Merali, founder of Sameer Group. Mr Merali is number-two on the Forbes list with a net worth of $550 million. PHOTO | ANTHONY OMUYA | NATION MEDIA GROUP ‘Millionaire Club’ in Kenya Swelling Rapidly – Report The number of high-wealth Kenyans is rising rapidly even as the majority of the country’s people remain mired