Miguna Miguna lands in Toronto after four days in Dubai 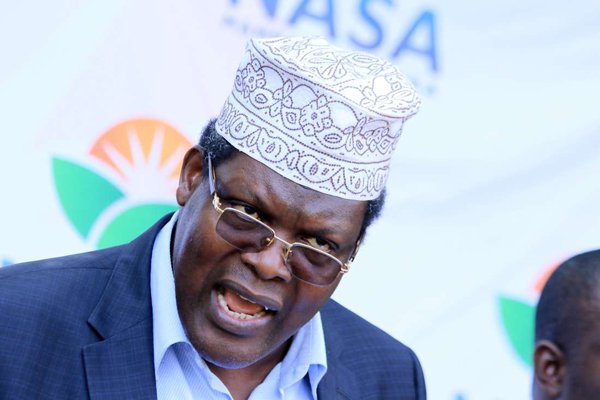 Miguna Miguna lands in Toronto after four days in Dubai

One of his lawyers, Nelson Havi, on Monday said Dr Miguna left Dubai on “his own violation (sic, volition) and with the assistance of the Canadian Consulate in UAE.”

“(He) travelled to and arrived in Toronto, Canada. He will undergo toxicology tests and treatment for the chemicals used to sedate and poison him. He will return thereafter,” Mr Havi posted on Twitter.

According to a senior government source privy to the travel, Dr Miguna left Dubai airport aboard aboard Air Canada 57 (ACA57) flight after producing his Canadian passport, which he had claimed to have lost during a three-day standoff at Jomo Kenyatta International Airport, Nairobi.

“UAE authorities have started investigations on how he got his Canadian passport back after failing to produce it to the authorities on departure from Kenya and arrival in Dubai,” the source, speaking on condition of anonymity because he is not authorised to give media reports on the matter, told the Nation on Monday

“Kenya may also wish to investigate how that passport got back to him after he accused Kenyan authorities of having stolen it from him during a scuffle at JKIA.”

The craft touched down at Toronto Pearson International Airport at 05.14am, Canadian time (12.15pm Kenyan time) on Monday after a 13-hour-and-25-minute flight.

He had complained of ill health after accusing Kenyan police of injecting him with “unknown poisonous chemicals” as they deported him.

He claimed his body, especially his ribs, were hurting after being drugged, assaulted and dragged to the flight during his deportation.

He was treated and discharged from the Sheikh Rashid Hospital in Dubai.

The lawyer was kicked out of Kenya on March 28 after a 72-hour standoff at Jomo Kenyatta International Airport in Nairobi.

The impasse was precipitated by his refusal to sign immigration papers and have his Canadian passport stamped.

First deported to Canada in February, Dr Miguna claims Kenyan and Canadian citizenship, but the government says he renounced his Kenyan birth right when he acquired his Canadian passport in 1998.

The High Court in Nairobi has ordered the government to facilitate his return from Toronto to take part in his citizenship case after the Court of Appeal rejected State’s request to have the orders suspended.

The Department of Immigration had on March 27 issued application papers to Miguna to enable him start the process of enabling him regain his Kenyan citizenship as ordered by the courts, and to also facilitate his entry into the country.

But when the application documents were delivered to him in the presence of the Consular Officer of the Canadian High Commission to Kenya, Ms Fiona Jarvis, Dr Miguna refused to fill in the relevant details and sign the forms.

Instead, he tore the official documents and was denied entry.

Miguna Miguna lands in Toronto after four days in Dubai Reviewed by samrack on April 2, 2018 .