MIGUNA: I ONLY NEED ONE TERM AS NAIROBI GOVERNOR – VIDEO 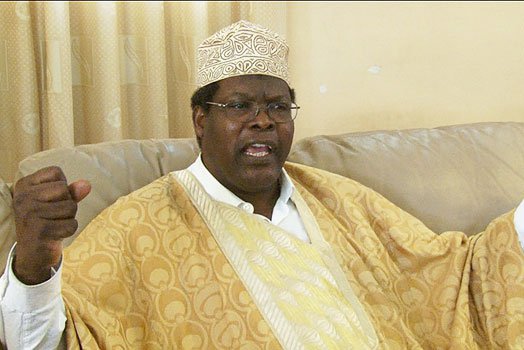 MIGUNA: I ONLY NEED ONE TERM AS NAIROBI GOVERNOR – VIDEO

Nairobi gubernatorial aspirant Miguna Miguna has stated that he will only need five years to transform the capital city.

In an exclusive interview with Nairobi News Siasa, Mr Miguna outlined how he intends to eliminate traffic jams, poor waste management and corruption within City Hall in just five years.

He is running as an independent candidate.

The lawyer said he will eliminate the traffic menace by building a subway system, broaden all roads in the city and eliminate roundabouts.

Mr Miguna told NN Siasa that he will also ensure the city has a working sewerage system and an efficient solid waste management by building recycling plants, all in one term.

“Everybody is only elected for five years. So whatever I have in this manifesto, five years. You can’t get more than five years, there is nobody who has an automatic right to be re-elected. So once you are elected once, you must deliver what you have,” said Mr Miguna.

He gave examples of cities that were built in a few years as a demonstration that a genuine leader can accomplish a lot in one term.

“There is a lot you can do in five years. The most important thing is that you lay the groundwork, you start working, you get the county moving, then of course if there are things that have not been finished in five years, they can be completed afterwards.

“Me, I only want five years, I am not looking for two terms. I want to demonstrate to Nairobians that it can be done,” said Mr Miguna.

He cited corruption as the only reason leaders fail to develop their countries.

He said his first task will be to clean up City Hall to rid it of cartels and corrupt workers.

“They are going to run away very quickly the moment I am in power. Do you know cartels are very cowardly. First of all they don’t want you to know they are cartels, even though they are cartels, and they are operating and are stealing but nobody wants to be known as a thief.

“So, because they know that there is a no nonsense governor who is not going to tolerate them, they are not going to make money here, they will go elsewhere,” said Mr Miguna.

He added that as an independent candidate, he shall not be intimidated by cartels or even members of the Nairobi County Assembly if elected because they will have no reason to impeach him.

“As long as the executive is doing things pursuant to the law and the constitution, nobody can impeach you,” he stated.

To deal with waste management, Mr Miguna plans to do away with the Dandora dumpsite and instead have recycling plants in different parts of the city to manage solid wastes .

He will improve healthcare by equipping more hospitals to become referral centres, as well as improve the quality of life in the city by having more recreational parks.

The lawyer and writer, who is on record asking Kenyans not to glorify academic failure after Mombasa governor Hassan Joho disclosed his D minus grade had this to say about his academic grades: “I was the top of my class, I was the best in literature, I was the best in religious education and the best in history. I got three principals and a subsidiary and was admitted to the University of Nairobi.”

MIGUNA: I ONLY NEED ONE TERM AS NAIROBI GOVERNOR – VIDEO Reviewed by samrack on April 4, 2017 .

Share thisFacebookTwitterPinterestEmailWhatsAppNairobi gubernatorial aspirant Miguna Miguna during the interview with Nairobi News Siasa. PHOTO | NAIROBI NEWS MIGUNA: I ONLY NEED ONE TERM AS NAIROBI GOVERNOR – VIDEO Nairobi gubernatorial aspirant Miguna Miguna has stated that he will only need five years to transform the capital city. In an exclusive interview with Nairobi News Siasa, Mr Miguna