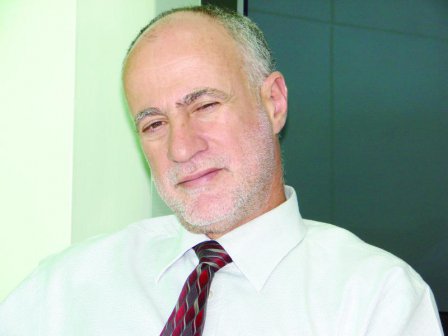 Kenya Airways expects major changes before the end of October that could include appointment of former Safaricom boss Michael Joseph as chairman. The anticipated reforms were revealed by two Cabinet Secretaries in separate discussions, while another highly-placed individual confirmed of changes in the ‘top’ management. Already, pilots have issued a strike notice that expires early Tuesday morning where they have demanded the resignation of chief executive Mbuvi Ngunze and company chairman Dennis Awori. Tourism Cabinet Secretary Najib Balala said Wednesday Kenyans should expect what he described as major restructuring at the national carrier before end of the month. “I want to assure you, in the next one month we will see a restructured KQ,” said Mr Balala, whose tourism ministry would be among the biggest casualties should the pilots’ strike take off. He, however, did not explain what the major changes would include. Tourist arrivals from key source markets would be impacted by travel disruptions of the airline that flies the biggest number of travellers in and out of the country.

Accountants support removal of Kenya Airways top officials KQ pilots demand resignation of top two in seven-day strike notice Pilots call strike next week to demand change at Kenya Airways Balala appealed to the pilots to call off the strike in a press conference, noting their actions would result in major inconveniences and exacerbate the situation of the airline. “Kenya Airways needs help, it does not need condemnation. When you go on strike, you are not only affecting travel and inconveniencing people, but that is how you are bringing your airline down,” he said in his plea. Balala intimated that the State had opened dialogue with the pilots lobby called Kalpa in the hope of averting the impending strike. “We discussed the pilots strike in a Cabinet meeting earlier today in the presence of transport CS and they are already engaging in dialogue with the pilots on how we are going to resolve that issue,” he said. Transport Cabinet Secretary James Macharia told The Standard in a separate interview that several measures were lined up at KQ, starting with the entry of his Permanent Secretary Irungu Nyakera and Joseph as directors at the end of September. Other reforms he also expects before the end of the month is further restructuring of the balance sheet to improve working capital and ‘significant’ amendments in the operations. “I can confirm there will be significant changes, but we are bound by the rules not to disclose the same since the firm is a listed company,” said Mr Macharia, who however declined to confirm specific actions on the board or management. He added that some changes were already underway such as the disposal of non-essential assets, which should translate to better operating results in six months. Macharia, who had earlier said he was ‘excited’ about the selection of Joseph – the former chief executive of Safaricom – Wednesday denied that the Government was explicitly rooting for his appointment to be board chairman. Capital markets guidelines bar major shareholders and holders of classified knowledge from discussing information that could have any material impact on a public company like KQ. Read More

Michael Joseph tipped to chair Kenya Airways Board Reviewed by samrack on October 13, 2016 .