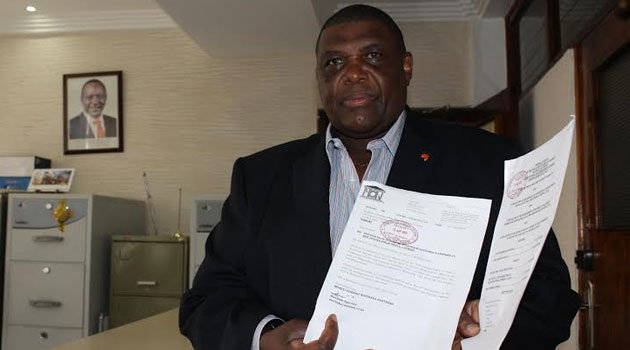 A regional Non-Governmental Organisation has moved to the International Criminal Court seeking to file a case alleging impropriety in the case against Sudanese President Omar Al Bashir.

The Pan African Forum through its chairman David Matsanga alleges that the Bashir case was not properly investigated and has documented alleged misconduct on the part the prosecution.

Bashir, who is the only sitting head of state with ICC warrant of arrest, is charged as an indirect co-perpetrator, with 10 counts of crimes against humanity allegedly committed between 2003 and 2008 in the Darfur region.

An attempt by activists to have him arrested when he travelled to Kenya to attend the promulgation of the Constitution in August 2010 drew mixed reactions, but he eventually flew back home.

Matsanga told Capital FM News that he has already sought leave of The Hague-based court to file the case pursuant to Rule 103 of the Rules of Procedure and Evidence.

“Due to public interest and international outcry on how ICC conducted their investigations in African cases and on behalf of myself and Pan African Forum Limited, I would like to seek leave to file,” he wrote to the Appeals Chamber, addressing Judges Fernandez, Joyce Oluoch and Kuniko Ozaki.

Matsanga was actively involved in discrediting investigations conducted by former ICC Prosecutor Moreno Ocampo in the Kenyan cases against six Kenyans – including President Uhuru Kenyatta and his deputy William Ruto. All the cases have since collapsed for lack of evidence.

His main argument was that Ocampo’s investigations on the Kenyan cases were defective.

“He largely relied on reports prepared by local human rights groups as opposed to carrying out his own investigations,” he once told a news conference in Nairobi.

In the Sudan situation, Matsanga says, “The case was influenced by massive corruption.”

He has annexed what he describes as evidence to prove the allegations.

“The corruption has impacted negatively on the image of the ICC as a court and has dented the entire working relationship of ICC with Africa regarding African cases.”

Some African leaders have been pushing for a mass walk-out from the ICC, which they accuse of mainly targeting them.

The collective withdrawal of African states was considered by an AU committee in April, which is also pushing for heads of state to be immune from ICC prosecution.

The discussion is set to continue at an African summit in Rwanda next month.