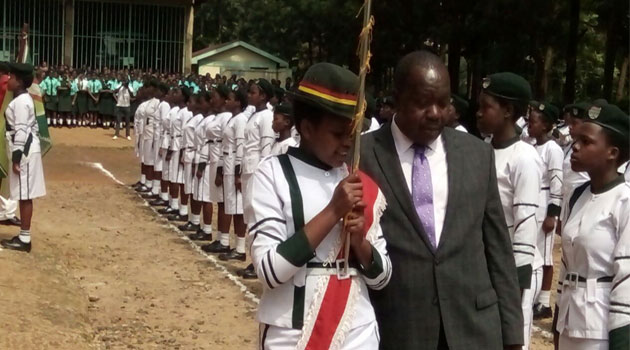 Matiangi described the scenario as unwarranted, which is of great concern to all Kenyans.

“Let’s preach peace and also pray in order to maintain the stability of this country since God has blessed us with this beautiful county,” said Matiangi.

He said that there is no reason to have violent engagements whatever the differences between political parties.

He said that no society where people don’t have disagreements but what determines the argument is the procedural ways of solving them.

He said that the differences of opinion are good enough for them to be solved according to the law.

“We have to preserve our country for our children and our future generation,” said Matiangi

He asked Kenyans to wait for Supreme Court’s decision as it gives way forward.

He noted that President Uhuru Kenyatta has pronounced himself on this issue as the Kenyan government should follow the law.

He asked Kenyans to avoid unhealthy activities, which might injure the stability of the county.

“Let’s maintain peace this last week examination period and also this coming festival season as people are moving up and down the country to spend time with their families. “

He asked political leaders to solve their differences through the laid down procedures as they follow the constitution and laws governing the county.