Malala Yousafzai celebrates string of A and A* grades in GCSEs 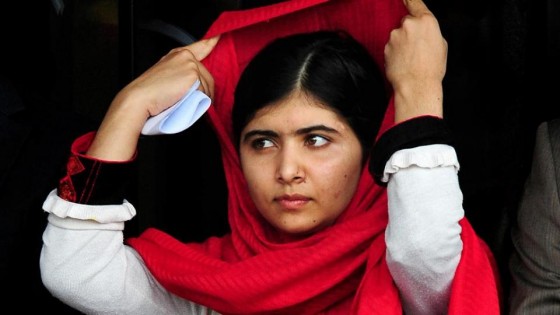 Malala Yousafzai celebrates string of A and A* grades in GCSEs

Nobel prize-winner and girls’ education campaigner Malala Yousafzai gained a string of A* and A grades in her GCSEs.

Ms Yousafzai narrowly avoided death in 2012 after being shot in the head by the Pakistani Taliban for her outspoken campaigning for girls’ rights to education.

She was treated at Birmingham’s Queen Elizabeth Hospital and made the city her home after the gun attack in Pakistan’s Swat Valley.

A tweet from her father Ziauddin Yousafzai revealed his daughter’s grades.

He wrote: “My wife Toor Pekai and I are proud of Malala getting 6A*s and 4As. #education for every child.”

The grades included A*s in maths, biology, chemistry and physics, and As in history and geography.

She also got an A* in religious studies and a maths IGCSE, as well as As in English language and literature.READ MORE

Malala Yousafzai celebrates string of A and A* grades in GCSEs Reviewed by samrack on August 21, 2015 .