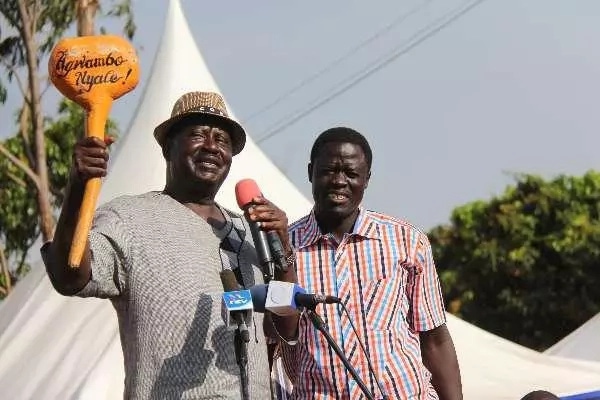 The list excluded 7 counties- those from President Uhuru Kenyatta’s backyard – The list included counties from Deputy President William Ruto’s backyard A National Super Alliance Member of Parliament drafted a Bill for submission to the Independent Electoral and Boundaries Commission regarding the secession of 40 counties from Kenya. Homa Bay Town MP Peter Kaluma drafted the bill on Monday, November 13, alleging that President Uhuru Kenyatta and his Jubilee regime had rigged elections, emasculated the Parliament, commissions and independent offices as well as ran a systematic suppression of other groups and communities. For these reasons, Kaluma officially sought the secession of all 40 counties except those from Mount Kenya region, to form the People’s Republic of Kenya.

The excluded 7 counties are Tharaka Nithi, Embu, Nyandarua, Kirinnyaga, Kiambu, Murang’a and Nyeri counties. Interestingly, the People’s Republic will contain vote-rich Rift Valley region counties despite them being one of the major strongholds for the Jubilee Party, based on the fact that Deputy President William Ruto hails from this region.Read more: https://www.tuko.co.ke/

LIST: 7 counties that NASA wants separated from the rest of Kenya in new bill Reviewed by samrack on November 13, 2017 .

Raila Odinga with Homa Bay Town MP Peter Kaluma during a past rally. Photo: Standard LIST: 7 counties that NASA wants separated from the rest of Kenya in new bill ODM MP Peter Kaluma listed the counties he suggested secede from Kenya and even drafted a Bill to push for this to happen The list