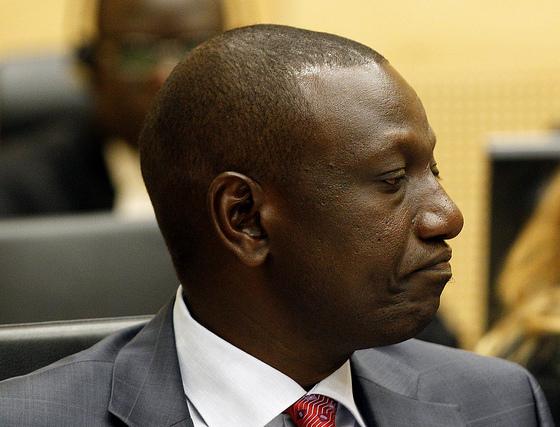 THE National Land Commission has begun investigating how the directors of Weston Hotel, where Deputy President William Ruto (above) has interests, acquired the land.

The commission spoke on the day Cord asked Ruto to surrender the hotel’s title deed and the Law Society of Kenya also launched investigations into how one of its members, Eric Kipkoech Ng’eno, ended up with public land.

NLC chairman Muhammad Swazuri told the Star yesterday that the commission has commenced investigations into how the title was issued to a private company, despite government documents showing that the plot belonged to the public.

“The documents we have are what you saw in the media today,” Swazuri said, referring to the exclusive story carried by the Star yesterday.

The story detailed how the land, which belonged to the Directorate of Civil Aviation, changed hands and eventually ended up with Weston Hotels Limited, against the advice of former Permanent Secretaries Francis Muthaura and Sammy Kyungu.

Acting Lands Cabinet Secretary Fred Matiang’i, who is on official duty abroad, promised to revert to us on the matter. However, by the time we went to press, he had not responded.

Ruto admitted last week in an interview on Citizen TV’s The Big Question programme that he is a shareholder in the hotel, which is strategically located opposite Wilson Airport.

According to government documents, the plot was to be used to build the Headquarters of the Kenya Civil Aviation Authority, but this plan appears to have been suspended and the headquarters built elsewhere.

In the interview, Ruto said that no one had gone to court challenging the ownership of the land, perhaps indicating the state’s laxity in swinging into action.

“We bought the land from people who had been allocated and the documentation is there… Whoever is laying claim to this land, why haven’t they gone to court?” he asked, dismissing all talk of his involvement in the Lang’ata Road Primary School playground land grab.

Businessman Jacob Juma has since moved to court seeking revocation of the title and demolition of the hotel.

Yesterday Cord MPs Junet Mohammed (Suna East) and Tom Kajwang’ (Ruaraka) demanded that the state immediately takes possession of the facility because it was constructed on public land.

“It is now very clear the land on which the hotel stands belongs to the Kenyan public. The government must immediately take over the hotel,” Junet said.

The two MPs, who addressed the media at Parliament Buildings, said the confession by Ruto is the “clearest manifestation of impunity” in the highest echelons of the Jubilee government.

The MPs insisted that Ruto must surrender the hotel and face due process.

“This is the height of impunity. The confession is the greatest evidence that government wants. What are the police and EACC waiting for? Due process should follow,” Junet said.

LSK chief executive Apollo Mboya said the Eric Ng’eno listed as a director of Weston is their member and the society was immediately starting to probe his association with the hotel.

“The said name is the same as that of one of our members currently serving in one of the offices within the Presidency.

“I have requested Jacob Juma to supply us with the documentation referred to in the story to enable the Council of the Law Society of Kenya to determine if the said story refers to our member or another person with the same name. Upon such determination, the Council will then take the necessary action it deems fit,” said a brief statement from the LSK.

THE National Land Commission has begun investigating how the directors of Weston Hotel, where Deputy President William Ruto (above) has interests, acquired the land. The commission spoke on the day Cord asked Ruto to surrender the hotel’s title deed and the Law Society of Kenya also launched investigations into how one of its members, Eric