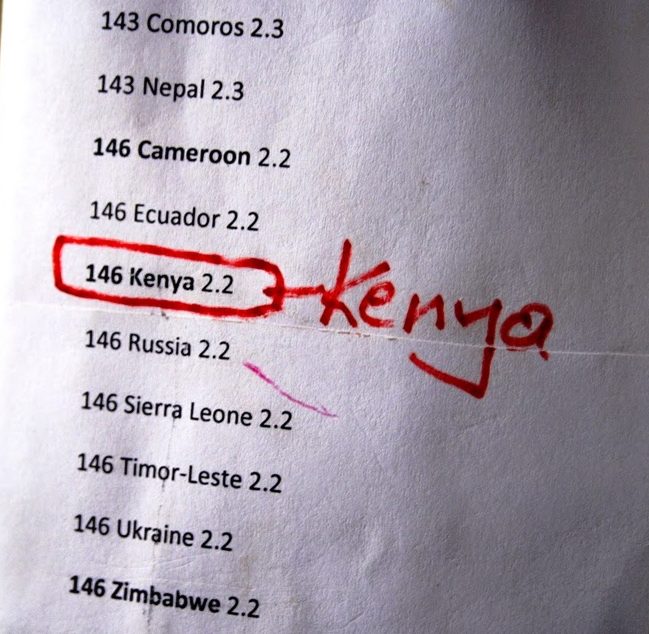 The lack of strong mechanisms to deal with corrupt Judges, and also to deal with the corrupt Director of the Directorate of Criminal Investigations in Kenya, is what has paved way for the impunity in Kenya, and hence the suffering of Kenyans for decades.
In rare cases, when a high profile case is brought to court, the office of the Judiciary in Kenya has often been accused of  corruption. Judges have often been bribed to withdraw such sensitive cases and/or to release the individual Kenyan/Kenyans out of court, despite the valid evidences brought against  him/them.
The office of the Director of Directorate of the Criminal Investigations, has also been accused of receiving bribes in order to avoid and/or to prevent investigations into sensitive cases of corruption and other crimes, like the mysterious murders of Kenyans, the mysterious disappearances of Kenyans and the Extra judicial killings. Even when the evidence of bribery in those offices is very evident, nothing happens in terms of disciplinary action and/or punishment as a result.
This has made life in Kenya extremely difficult because of the consequences of the corruption, the consequences of the mysterious murders and the consequences of the mysterious disappearances of Kenyans, who often  disappear in thin air without trace. Corruption has left so many Kenyans in total suffering, while millions of other Kenyans, are left in fear of their lives,  after almost all those cases of the mysterious murders, and all those other cases of the mysterious disappearance of their loved ones, go cold, just because the Department of the Criminal Investigations, do not effect any investigations into any of those cases.
Despite the negative behavior of the Judges in Kenya and despite the negative behavior of the office of the DCI, no action is taken to discipline the corrupt Judges and no action is taken to discipline the Director of the Directorate of the Criminal Investigations. This is because there is neither a mechanism in the Kenya constitution, to deal with corrupt Judges, nor a mechanism to deal with a corrupt Director of Criminal investigations in Kenya.
There is therefore the possibility, that cases of corruption in Kenya, the cases of mysterious murders in Kenya and the cases of mysterious disappearance of Kenyans, will continue to go cold, because there are no mechanisms to deal with those two corrupt offices. The office of the Director of Criminal investigations is the one mandated by the Kenya constitution, to forward cases to the office of the Director of Public Prosecutions for action to begin. And then the office of the DPP takes the cases to the Court for judgement. No cases can be taken to court without prior investigations, so that the evidences collected, can help the prosecutor in those cases he forwards to the Judges. The failure of the DDCIO to carry out investigations, is what has caused all the cases of corruption in Kenya, and all the other criminal cases to go cold.
Kenyans are set to continue to suffer from corruption, from mysterious murders, from mysterious disappearances and from extra judicial killings, if strong mechanisms to deal with corrupt judges, and to deal with the corrupt Director of Criminal Investigations, are not put in place, no matter what administration is in governance of Kenya.
Isaac Newton Kinity.
LACK OF MECHANISMS TO DEAL WITH DIFFERENT AERATE OFFICES IS THE PROBLEM IN KENYA Reviewed by samrack on May 16, 2017 .

LACK OF MECHANISMS TO DEAL WITH DIFFERENT AERATE OFFICES IS THE PROBLEM IN KENYA The lack of strong mechanisms to deal with corrupt Judges, and also to deal with the corrupt Director of the Directorate of Criminal Investigations in Kenya, is what has paved way for the impunity in Kenya, and hence the suffering of