KOT excited by ‘mukurino’ who works for World Bank

David Wachira in the USA. He is the only man with a turban working for the World Bank. Photo/COURTESY

KOT excited by ‘mukurino’ who works for World Bank

A Kenyan man with a turban (Mukurino) has caught the eyes of Kenyans on Social Media after his photos circulated in social media.

David Waigwa Wachira works as an expert in operations, analytics and advisory work in the global institution.

Wachira has been working at World Bank for four years from September 2013 as a young Professional before he moved on to his role as a public sector specialist in the Governance Global Practice sector which he has been working on.

He also works as a part-time lecturer having taught public policy in the Political Science department at Southern Methodist University (SMU).

He served as a teaching fellow at the University of North Texas and as an assistant professor of History and Economics at Wiley College.

A teaching fellow is an individual at a higher education institution, including universities, whose role involves teaching and potentially pedagogic research. 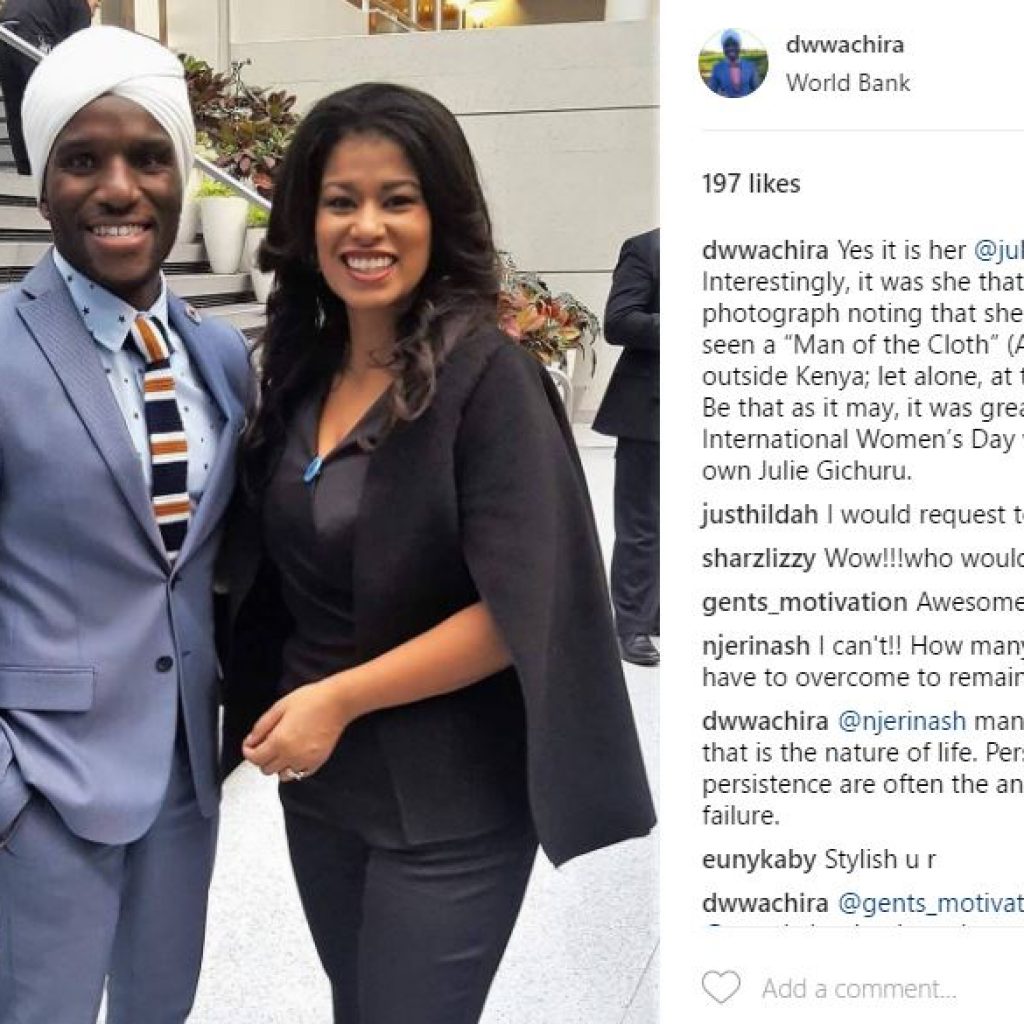 When he is not working, Wachira likes to play golf, work on a ranch in Texas and drink his tea from an enamel cup because it reminds him of “how far we have come and how far God has brought us.”

Eunice Kaby said Wachira, “is the best example of people who have overcome their past and focused on making the world a better place for everyone to fit in and enjoy.”

Her sentiments were echoed by Francis Wambui who lauded Wachira for his excellence in education and career path in America.

“He has shown that what we see as barriers are just stepping stones to make it in the global arena, Lupita and now Wachira are a reason for us to smile.”

Naphtali Katheu called on the Kenyan government to invest more in the youth to ensure they are equipped for such opportunities.

“With better services, better education and opportunities, Kenya can be ranked highly in the international arena and I look forward to such a day.”