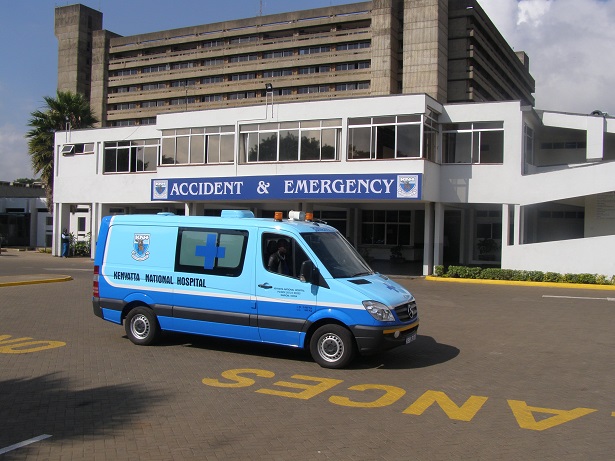 KENYA has made a breakthrough in cervical cancer treatment. In clinical trials carried out by scientists working at Kenyatta National Hospital a commonly-used HIV drug was used to kill off the human papilloma virus that leads to cervical cancer.

If scaled up and rolled out, patients of this killer disease will no longer need to go through surgery for to treat symptoms or get jabs of prophylactic vaccines to prevent the disease. The vaccines and the surgery have not been effective in curing the disease. The breakthrough was announced yesterday at a press conference at KNH in Nairobi.

Dr Innocent Maranga, a consultant obstetrician and gynaecologist at KNH, said the lead scientists in the study working with Dr Ian and Lynne Hampson from University of Manchester’s Institute of Cancer Sciences examined women diagnosed with HPV positive early stages of cervical cancer.

“The study looked at 40 women with both high and low-grade pre-cancerous diseases of the cervix. The antiviral drug, normally used orally to treat HIV, was self-applied directly to the cervix as a pessary,” Maranga said. After the treatment, a large proportion of the women had returned to normal, Maranga added.

“The 40 women, who were all HPV positive with either high grade, borderline, or low grade disease, were treated with one capsule of the antiviral drug twice a day for two weeks. Repeat cervical smears showed marked improvement within one month of the treatment although after three months, there was a definite response. Out of the 23 women initially diagnosed with high grade disease 19 (82.6 per cent) had returned to normal and two now had low grade disease giving an overall positive response in 91.2 per cent of those treated. Furthermore the 17 women initially diagnosed with borderline or low grade disease also showed similar improvement,” he explained.

Photographic images of the cervix before and after treatment, Maranga said, had showed clear regression of the cervical lesions with no adverse reactions or side effects to patients who took part in the trial. Ian Hampson, in a statement, said the results had exceeded their expectations for early stage clinical trial.

“We are convinced that further optimisation of the dose and treatment period will improve efficacy still further. It is our hope that this treatment has the potential to revolutionise the management of this disease most particularly in developing nations such as Kenya,” he said.

In many developing countries, HPV-related cervical cancer is still one of the most common women’s cancers accounting for approximately 290,000 deaths per year worldwide. The same virus also causes a significant proportion of cancers of the mouth and throat in both men and women.

Dr Peter Gichangi, a senior lecturer at the University of Nairobi and an obstetrician who supervised the research, said though further work is needed on the study the findings are a potential treatment to stop cervical cancer caused by HPV in its early stages.

“We will carry out a larger study on over 3,000 participants in the second phase of the study. If we get successful results then this treatment will be available for rollout to the entire public,” Gichangi said.

He urged women to go for cervical cancer testing, saying early detection makes management and treatment of the disease easier.

KNH chief executive Lily Koros Tare praised the researchers saying the findings had given hope to cancer patients. “The findings offer a potential cheap and self-administered treatment that could eliminate early-stage HPV infections before they develop into cancer,” she said.

KNH Doctors in Cervical Cancer Cure Breakthrough By Ramadhan Rajab KENYA has made a breakthrough in cervical cancer treatment. In clinical trials carried out by scientists working at Kenyatta National Hospital a commonly-used HIV drug was used to kill off the human papilloma virus that leads to cervical cancer. If scaled up and rolled out,