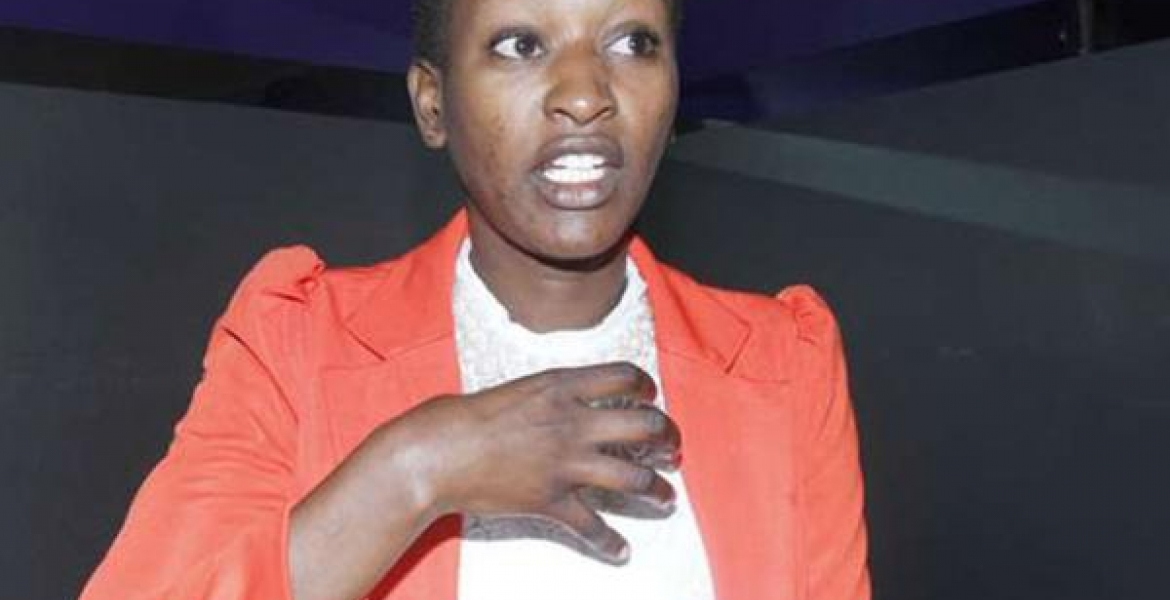 One morning in October last year, Christine Njeri received a phone call from the Foreign Affairs ministry, requesting her to report to their office.

Njeri was met with disturbing news. Her younger sister, 23-year-old Mary Magdalene Wamuyu, who was a domestic worker in Saudi Arabia, had died two-and-a-half months earlier on August 5.

Young and ebullient, Wamuyu got a job as a house-help in Saudi Arabia through a Mombasa-based agent. None of her family members knew she was leaving and, by the time they found out, she was already in Saudi Arabia having sneaked out in May 2013.

Wamuyu’s case is a sad pointer to the continued trafficking of young girls to oil-rich Middle East countries where the promise of an escape from joblessness is tempting. It is also one in many stories of the painful search for bodies by families of those who mysteriously die in these countries.

The Foreign Affairs ministry now estimates that there are between 85,000 and 100,000 Kenyans living in Saudi Arabia alone. About 70 per cent of these are domestic workers.

The ministry says at any one time, there is an average of 40,000 Kenyans working as domestic workers in Saudi Arabia and Wamuyu was part of the hidden migrant workers whom the United Nation’s International Labour Organisation says are likely to face abuse and exploitation in their place of work.

Like most domestic workers who have died, Wamuyu had told relatives that she was planning to come back in August after two-and-a-half years abroad. Sadly, she was brought back home in a coffin, four months after her death.

“Her employer in Saudi Arabia says Wamuyu ran away from her workplace and then returned a month before her death. Wamuyu’s friend in Saudi Arabia told us that she was depressed and she committed suicide by hanging herself in her employer’s house,” Njeri says.

Although Wamuyu met her death on August 5, her family found out about it two-and-a-half months later.

“We asked the Kenyan embassy in Riyadh why it took them so long to inform us about her death; they said they had a difficult time looking for her people in Kenya,” says Njeri.

Finding out about Wamuyu’s death while in Saudi Arabia, it seems, was the easy part. The hard part was bringing her body back home for burial.

The process of bringing Wamuyu’s body home started with a letter from her family to the Kenyan embassy in Riyadh detailing who would receive her body and then the long agonising wait began.

A response finally came and they were told to rewrite the letter, this time with the contacts of those listed to receive the body and how they were related to Wamuyu.

“After the second letter, we were asked to wait again. We called the Kenyan embassy in Riyadh until they stopped picking our calls,” a frustrated Njeri recalls.

By sheer miracle, Wamuyu’s family got in touch with a group of Kenyans living in Saudi Arabia who finally found Wamuyu’s former employer. In Saudi Arabia, the employer must sign some documents to secure the release of an employee’s body to the family.

“It was very difficult to find her former employer. Without her signature, we couldn’t have Wamuyu’s body. We were very desperate,” says Njeri.

Wamuyu’s family called the former employer who agreed to foot the mortuary fee and cater for the transport costs to bring her home. Wamuyu was finally buried on Friday, November 18, last year at her parents’ home in Mukurwe-ini, Nyeri.

And for Mr James Warui’s family it was no different. On the evening of October 24, 2016, he received a phone call from Saudi Arabia informing him that his 24-year-old daughter, Beatrice Njeri, was dead.

“I was called by an employee of the Kenyan embassy in Riyadh. He told me she died on August 16. My daughter had been dead for two months and I did not know,” he painfully recalls.

When he asked why the embassy had taken so long to inform them, the employee told Mr Warui that they had to ransack Njeri’s bags where they found a diary with her parents’ contacts. They called the one marked ‘dad’.

Njeri’s family, who are based in Elburgon, has already started the process of bringing the body home. They are now at the waiting phase.

“I wrote a letter to the Kenyan embassy in Saudi Arabia and was told to wait for two weeks. Two weeks have passed. We went back and were told to be patient,” he says.

According to Njeri’s mother, Ms Joyce Wairimu, her daughter went to Saudi Arabia in June 2014 to work as a househelp. “She went through an agent. I don’t know the name of the agent. We often communicated while she was in Saudi Arabia and she always said she was fine, but my instinct told me she was hiding something,” the mother recalls.

Njeri stopped communicating with the family in June 2016, although she called her mother once shortly before her death.

Although the government has banned recruitment agencies from recruiting domestic workers to the Middle East, this ban does not include those offering professional labour in banking, financial, health and oil sectors. Despite the ban, thousands of Kenyan women still fall prey to unscrupulous agents.

The process of going to Saudi Arabia usually involves four parties: the local agency, the domestic worker, a recruiting company based in Saudi Arabia and an employer or a sponsor who is looking to hire.

The workers pay at least Sh2,000 to “hasten” the passport application process and an additional Sh6,000 for medical check-up. These fees vary depending on the agent.

Before leaving for Saudi Arabia, Kenyans are issued with a two-year visa. The domestic workers’ contracts are usually two-year renewable agreements.

According to the Human Rights Watch Organisation, Saudi Arabia operates under kafala (visa sponsorship) system that ties a migrant worker’s visa to their employers or sponsors. This gives the sponsors excessive control over the employees and leeway to abuse them.

For instance, the sponsor can confiscate the worker’s passport and could fail to pay salaries on time or fail to provide copies of the contract to the employee.

Domestic workers are often forced to do jobs that are not stipulated in the contract. In November 2015, the Saudi Labour Ministry amended the labour law to prohibit employers from confiscating passports and failing to pay salaries on time. However, not much has changed.

So what happens if a domestic worker dies in Saudi Arabia?

“In case the worker dies, we try to establish how they went to Saudi. We trace the process backwards to get the name and passport number of the deceased and then go to immigration to trace the family and contact them. That takes time. We also need to find the first employer and by the time you get the sponsor, months will have elapsed,” says Mr Washington Oloo, Director of Diaspora Services and Consular Affairs.

The problem arises, according to Mr Oloo, when the domestic worker runs away from their employer for reasons such as mistreatment and abuse.

“Once they run away, they become illegal immigrants because the visa is tied to the employer. The employers inform the authorities that their worker has run away and they are deleted from the system. Illegal immigrants with no papers lose all the benefits and, if anything happens, you are on your own,” says Mr Oloo.
Many Kenyan girls go to Saudi Arabia under the guise of working as domestic workers, with the intention of running away to the populous capital, Riyadh.

Some link up with local pimps to work as commercial sex workers, earning twice or thrice what they could have been paid by their sponsors.

Some of these cases end up with tragic deaths.

“When their deaths are reported to the Kenyan embassy in Riyadh, the embassy has to check the system to trace the sponsor and sometimes the employer may have forgotten these girls. Then there is the question of who takes responsibility for the body to be flown back home,” says Mr Oloo.

In most cases, the ministry engages the Saudi one to raise funds to bring the body to Kenya. Sometimes, the family plans for it.

However, some cases take as little as two weeks especially if they were still with their initial sponsors and their details and travel documents were still in the Saudi systems.

These cases get even more complicated when the families in Kenya do not have all their kin’s travel details. “Families often don’t know the local agencies that recruited their daughters. Even when they know such details, they will not tell us because they know it is illegal,” says Mr Oloo.

In a conservative country where women are not allowed to walk alone and without papers, the runaway Kenyans stand the risk of arrest and police harassment.

Kin’s Anguish as Daughters Return Home from Saudi Arabia in Coffins Reviewed by samrack on April 12, 2017 .

Share thisFacebookTwitterPinterestEmailWhatsAppKin’s Anguish as Daughters Return Home from Saudi Arabia in Coffins One morning in October last year, Christine Njeri received a phone call from the Foreign Affairs ministry, requesting her to report to their office. Njeri was met with disturbing news. Her younger sister, 23-year-old Mary Magdalene Wamuyu, who was a domestic worker in