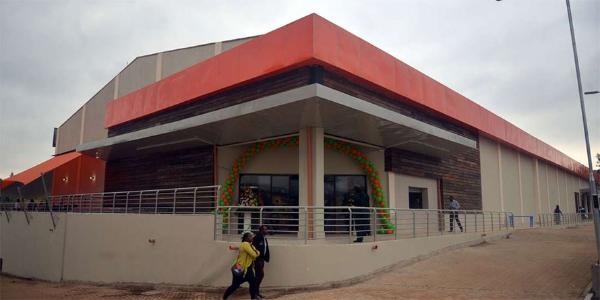 Kiambu Road and Limuru Road are the most attractive for mall developers as investors flock to Nairobi’s satellite areas to put up modern shopping complexes.

Data from a fresh retail sector report shows that the Kiambu/Limuru Road area now has the largest mall space supply in the capital following the opening of Centum-owned Two Rivers Mall and Ciata Mall, as well as recent expansion of the Village Market.

Real estate developers are banking on the areas’ moneyed shoppers as Kiambu County boasts the wealthiest urban population at $1,785 (Sh178,500) GDP per capita.

The area has a market share of 22 per cent of current total mall space or 1.3 million square feet of the entire area in the capital. The upcoming Limuru Mall is expected to further increase the space by 60,000 square feet.

Two Rivers Mall is the largest in East Africa. The recently opened Ciata Mall along Kiambu Road is situated right across another mall, Ridgeways, raising the competition bar in the busy area.

Ridgeways Mall, owned by former MP and businessman Stanley Githunguri, had Nakumatt Supermarkets as its anchor tenant before the retailer exited amid debt woes.

Naivas Supermarkets then took over the Ciata Mall space after cash-strapped rival Uchumi backed out of a tenancy deal in 2016. Despite the areas’ growing popularity to investors, data from Cytonn indicates that the supply of space by Two Rivers and Ciata Mall led to a drop in average rental yield by 1.9 per cent in 2017.

The dip came a year after insurer Britam raised concern over supply and demand mismatch, saying mall owners would struggle to get tenants.

Westlands is the best performing sub-market in Nairobi, with occupancy rates of 90 per cent and a rental price of Sh218 per square foot.

The high rents and occupancy rates were attributed to the rich neighbourhood that has high purchasing power, with investors willing to pay higher rents for the retail space.

Overall, Kisumu and Mt Kenya regions are the best performing for mall owners based on growing demand for retail space and attractive prices.