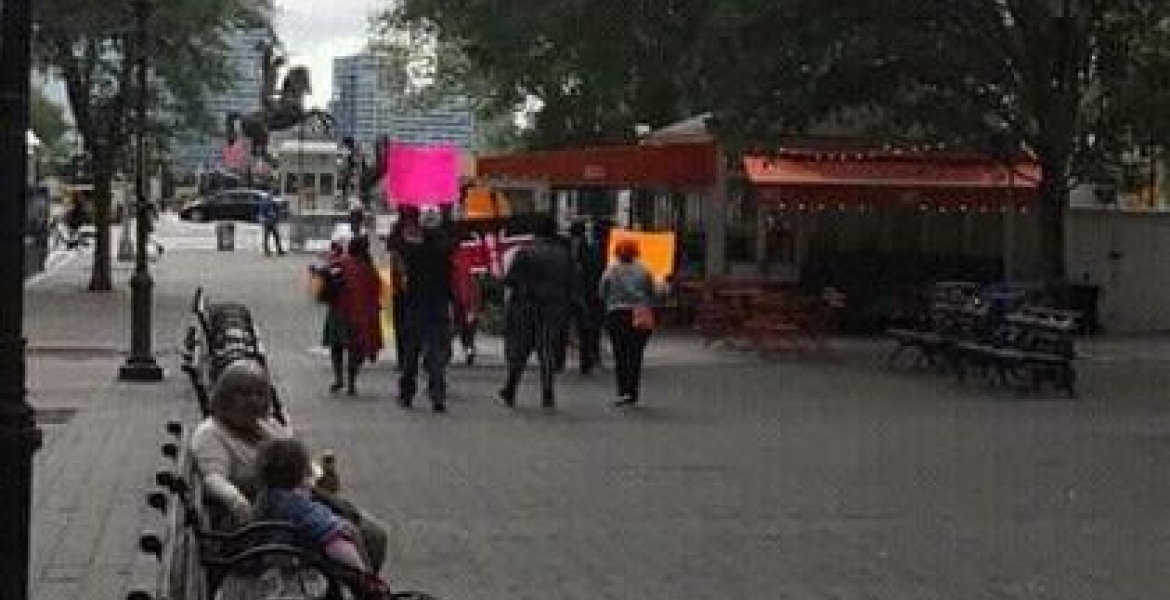 Kenyans Online React to a Photo of NASAProtesters in New York

On Friday, National Super Alliance supporters living in New York announced they would be staging a major demo outside United Nations headquarters in New York.

Organizers of the protests led by Dr George Omburo the US Diaspora chairman, Amos Atonga and Debra Akello said they were holding the demos to bring to attention of the international community on recent happenings in Kenya after the nullification of President Uhuru’s August 8th victory.

The protests were scheduled to commence at 11am and end in the the afternoon with an international press briefing from the group.

However, a photo doing rounds on social media showed that only a handful of supporters turned out for the event.

In the photo, a countable individuals are seen carrying placards and a Kenyan flag while marching. Kenyans reacted to the photo, many of them mocking the ‘mammoth crowd’ that turned up for the demo.

Here are some of the reactions:

Polycarp Hinga said: “This afternoon the world stood in awe as the hundreds of thousands of ODM supporters from all corners of the United States converged in New York and brought the Big Apple to a stand still palalyizing business in the city as they demonstrated in solidarity with Raila Odinga…. It was earthshaking!,”.

Pauline Njoroge notes:”After so much hype around the much awaited NASA supporters demonstrations in New York outside the UN headquarters, this was the turn out. And these are the guys expected to fundraise for Rao in the diaspora? If I were him I would apologize to Safaricom not to lose their pay bill number as it’s the only hope right now. Surely, even friends of Pauline Njoroge would gather a much bigger crowd in NY,”.

“A huge crowd attend the NASA Newyork city demonstrations outside UN offices.
It was such a success,” Symoh Symoh said.

Steve Johns notes: “Hahaaa! # Trump should Deport those idlers squeezing their bussy bodies in US doing Nothing!,”.

Kenyans Online React to a Photo of NASA Protesters in New York Reviewed by samrack on October 2, 2017 .