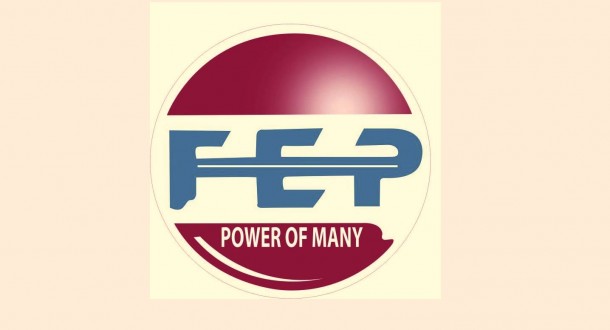 Kenyans in the US have lamented that the FEP Group is giving them a run around when it comes to how their investments are handled.

Many have claimed that they have tried to reach top management to address their concerns but they seem to be getting run arounds.

A growing concern from many of the is the fact that FEP does not seem committed to the projects they start but quickly pivot to new projects and keeping Kenyans who have invested with them in the dark over the previously started projects.

They worry that there may be no returns on their investments at the current pace with FEP.

Here is a letter written to FEP Board of Directors by a group OKOA FEP Solution Team seeking answers to their issue.

The Board of Directors

Dear Members of the Board of Directors,

We are writing to you on behalf of numerous leaders and investors located in the diaspora who have come together in unity longing to voice their concerns. As you are aware, the group CEO had engaged several of us in the diaspora in the initial stages of FEP. Most of us embraced the vision especially after considering the representation within the board which contains very reputable and honorable individuals in the Kenyan society.

However based on numerous reports and observations from many of plus several of the investors we helped recruit, there is growing concern that our investments are not being represented appropriately. For this reason, we wish to bring several concerns from the USA diaspora leadership and also from other FEP investors view.

Majority of the core leadership here in the USA joined FEP in 2011 when the company was selling Tier II ownership shares. As a result, many of us have a rich history of the company and have played key roles here in the diaspora especially on recruiting many new investors. This effort comes with countless hours and other monetary resources all geared towards making FEP successful and facilitate the maturity on the promised returns. We put our reputation on the line and have continuously done so up to this point.

On a sour note, we have been left wondering why several promises and requests have gone unanswered. Some of these grievances date back from 2012 when several of us were tasked with selling Tier III shares and recently the PPO. We were made to believe that our efforts will be compensated and expenses reimbursed only to be left on a never ending trail of promise after promise.  Every day for the past 4 years our reputation has been tested as we engaged and decided to stand in the gap of many common investors fighting and defending the companies’ integrity, promises and vision. We have continuously suffered and had setbacks after failed lack of proper communication from the head office on updates about the company’s progress, investments and financial health. This frustrating view has been shared  by the  many investors we recruited and because of the managements lack of communication, investors are left with the only option they have available of relying on hearsay and unconfirmed stories  received from several sources as listed in the attached detailed Addendum letter.

The FEP membership and investor representations in the USA is the largest outside Kenya with that number currently knocking on a membership of 7,000+ members. These members, many of them who are FEP investors at different ownership levels relied on our representation and information provided to them to make their investment decision. It is with these that many feel that they are owed due diligence as owners for their investment which includes updates on how the company is performing, share certificates as well as title deeds for those who purchased land.

However, this has not been the case as most of the investors have relayed story after story on how they have been taken on a spin. Some have cited misrepresentation of facts to the point of being coerced to invest their money into nonexistent projects. Majority of them have not received their certificates for the shares they purchased in 2012 and title deeds for land procured several years ago. Many claim lack of responsibility within FEP leaving them regretting why they engaged. Some have also cited feedback from their friends and loved ones in Kenya on numerous mismanagement episodes within FEP. (See attached addendum for details)

Because of this, many investors are seeking answers and have urged us to put the same effort as we did to recruit them into FEP and not to leave them hanging. After several considerations, consultations and professional advice we decided to present our case and involve the board since most of this frustrations hinge around the management of the group of companies. We therefore request for your audience so that we can try and tackle some of these incidents many refer to as injustices within FEP. Listed Below is the feedback we are seeking:

In our last leaders conference meeting held last month, there was a general consensus that there is a need for Diaspora to issue a press release on issues circulating around about FEP and unkept promises. Before we take this course of action, we would appreciate if the board can provide an honest feedback by July 15th, 2015.  Meanwhile we will not campaign or promote any FEP products before all these concerns are addressed.

Kenyans in US Who Invested with FEP Cry Foul as Concerns over the Group Grow Reviewed by samrack on July 30, 2015 .

Kenyans in US Who Invested with FEP Cry Foul as Concerns over the Group Grow Kenyans in the US have lamented that the FEP Group is giving them a run around when it comes to how their investments are handled. Many have claimed that they have tried to reach top management to address their concerns