Kenyans abroad: Why some won’t return for Christmas 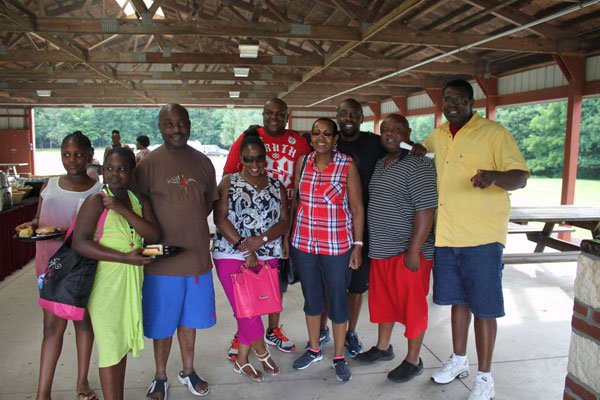 Kenyans living in the US spend Memorial weekend in a resort in Pennsylvania. Put off by political wrangles in Kenya, many are considering alternative investment opportunities in the countries of their sojourn. PHOTO | CHRIS WAMALWA | NATION MEDIA GROUP

Kenyans abroad: Why some won’t return for Christmas

Growing up in Ombeyi village in Kisumu County, Nick Ogutu, a Kenyan resident of New York, always looked forward to the December holidays when long-lost relatives and villagers who lived in big cities returned home for Christmas.

“It was the only time I could  drink a soda at the local market because my cousin who lives in Nairobi was giving me a treat. It was also the time  you’d spot me in either new attire, or a used but decent one given to me by my cousins,” said Mr Ogutu in a recent interview.

He remembers not just his excitement when city dwellers returned to the village for the festivities but also how local shopkeepers experienced booming business.

“The local economy would be boosted by the high-spending ‘watu wa Nairobi’ (city people), who wanted to fix their houses, pay last respects to those buried in their absence, and organise parties for family and friends,” said Mr Ogutu.

Later, Mr Ogutu and other villagers moved abroad either to study or work in places they now regard as their second homes. A number of them have maintained the ritual of travelling back to Kenya for the festive season. However, the situation is different this year.

Like many other Kenyans living abroad, Mr Ogutu is not planning to travel to Ombeyi to be with his village folks for one simple reason — the prevailing unpredictable political situation in Kenya has not only been discouraging but also scary.

Kenya has just gone through the longest electioneering period in recent memory. Two presidential elections within three months due to the landmark September 1 Supreme Court ruling, which nullified President Kenyatta’s win in the August 8 elections. The street protests and clashes with police have left many people dead and maimed.

“Airline tickets are generally cheaper when booked in advance, especially the months of September and October. Time off and from work is predictable,” said Mr Ogega, who is the Diaspora Conference chairman.

Mr Ogega noted that the protracted electioneering season as a result of the Supreme Court ruling and the subsequent election on October 26 created an unprecedented level of uncertainty in the country and many Kenyans abroad were not sure about their safety when they return home.

“The violence and threat of more violence scared many of them away. In fairness, it appears that normalcy may be returning as we enter the holiday season and there is a chance we will see an uptick in last-minute travellers,” he said.

As for Mr Jacktone Ambuka, a Kenyan resident of New Jersey, the prevailing political situation in Kenya has been fluid and unpredictable.

“In the wake of a disputed election coupled with reluctance by President Kenyatta and Nasa leader Raila Odinga to jumpstart genuine dialogue that can unite citizens, Kenya’s political stability, which serves as a foundation for economic and social prosperity, remains uncertain,” he said.

Mr Ambuka added that the mood on the ground makes it hard not only for the people to interact without reservations but also complicates matters for visitors who are not sure about their security.

He noted that the Christmas celebrations in Kenya are unlikely to have a traditional excitement that evokes good feelings.

“A significant number of people have got nothing to celebrate following the destruction of their property and deaths of loved ones during political protests. The real spirit of Kenyan Christmas was diluted by  political circumstances,” noted the political analyst.

Mr Festus Kasyoka Mbuva, a Kenyan resident of Lowell, Massachusetts, shares this feeling. “I think the disputed elections have really hurt our collective Kenyan identity. You could say there’s deep mistrust and uncertainty floating around,” he said.

Mr Mbuva said many Kenyans living abroad were not making “bold and wide-ranging investments” as usual and are also not eager to fly home to flaunt their Kenyan pride.

“This, in the end, will deeply impact the economy and bruise the Kenyan identity further. It’s the boomerang effect of a dysfunctional leadership,” he said.

Kenyans abroad: Why some won’t return for Christmas Reviewed by samrack on December 10, 2017 .

Kenyans living in the US spend Memorial weekend in a resort in Pennsylvania. Put off by political wrangles in Kenya, many are considering alternative investment opportunities in the countries of their sojourn. PHOTO | CHRIS WAMALWA | NATION MEDIA GROUP  Kenyans abroad: Why some won’t return for Christmas Growing up in Ombeyi village in Kisumu