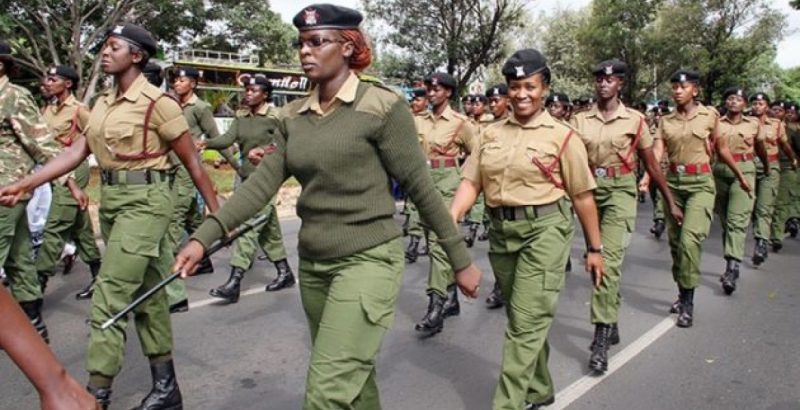 Deputy Inspector-General of Police Edward Mbugua in a circular said it has been observed that female officers are wearing their hair in unacceptable styles.

Mbugua went on to list some of the dress-code regulations that policewomen should strictly adhere to while on duty.

“I draw your attention on service standing orders Chapter 11 dress-code regulations which stipulates clearly on how officers should wear their hair,” reads part of the circular.

The regulations require female officers to style their hair in a way that does not extend beyond the collar of their blouse, interfere with wearing of all official headgear, and not fall over the ears or on the forehead.

Further, the hair should not be dyed inconspicuously unnatural colors, and where accessories are used to secure the hair, they shall be plain in design and of a color that blends with the hair.

For female officers using make-up, Mbugua says it should be subtle, discreet, and only natural and clear polish may be used. Nail extensions are prohibited while tattoos shall be covered and not visible to anyone.

Mbugua also directed all regional commanders to ensure the dress code is strictly followed by their juniors.

Share thisFacebookTwitterPinterestEmailWhatsAppKenyan Policewomen Warned Against WearingFlashy Hairstyles, Nail Extensions The National Police Service (NPS) has warned officers against violating the service’s prescribed dress-code. Deputy Inspector-General of Police Edward Mbugua in a circular said it has been observed that female officers are wearing their hair in unacceptable styles. Mbugua went on to list some of the