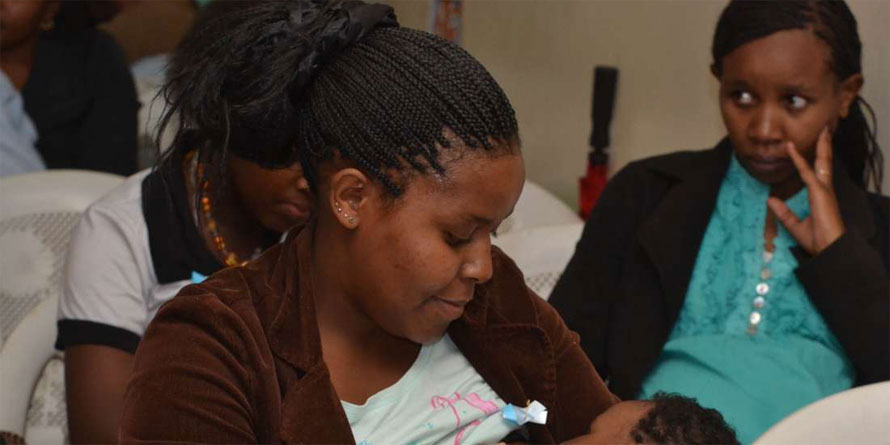 Kenyan women are having the lowest number of children in East Africa, translating to smaller family sizes compared to their counterparts in Burundi and Uganda, which are leading the region’s child bearing race.

A newly released report shows that Kenya’s fertility rate — average births per woman — has stagnated at 3.9, or about four children in the past two years, having dropped from an average of five in 2008.

At 3.9, Kenya’s fertility rate is below Africa’s average of 4.6 or about five children for every woman but still higher than the global average of 2.5, according to World Population Data prepared by US-based Population Reference Bureau (PRB).

The shift in fertility rates has changed the pecking order in the region where Burundi tops the list with a fertility rate of 5.5, or nearly six children for every woman, followed by Uganda (5.4), Tanzania (5.2), Ethiopia (4.6), Rwanda (4.2) and Kenya (3.9).

“Several forces are driving this drop in Kenya’s fertility rate, including higher education levels among womenfolk, late onset of motherhood as women advance in careers hence a shorter biological lifespan for having babies and increased contraceptive use,” said Nelly Bosire, a private childbirth expert.

Kenyan women appear to be heeding calls by global policy shapers, including the United Nations, for smaller family sizes as a socio-economic tool for better allocation of family resources.

Kenya’s fertility rate has dipped steeply, from 8.1 children in 1978 to 3.9 currently, and a further drop to 2.4 is expected in the next three decades.

But even as the size of the Kenyan family shrinks, the population is projected to nearly double in the next three decades to 96 million in 2050 from the current 49 million.

This growth, especially of the workforce, could serve as a key economic engine if tapped and put to productive use but could also be a big source of pain if left untapped.

Former World Bank’s lead economist for Kenya, Wolfgang Fengler, said having more children ceased to be the driver of Kenya’s population growth in 2000.

“Due to high fertility rates in previous decades, there are many more families in Kenya today and so even though families are smaller, the total number of children continues to grow,” said Dr Fengler, adding that Kenyans are also living longer.

Dr Fengler said Kenya was undergoing a demographic transformation characterised by a decline in births and a drop in deaths as life expectancy rises.

“This means the working-age population segment will grow much faster than that of the young and elderly population group, reducing dependency,” he said.

“The main reason why families are opting to have a few children is the cost of living, which has increased over the past few years. Families now want a number of children they can take care of comfortably,” said Maxwell Okoth, a healthcare practitioner.

Kenya women having fewest children in East Africa Reviewed by samrack on August 27, 2017 .

Share thisFacebookTwitterPinterestEmailWhatsAppNYERI MUMS DURING A RECENT BREASTFEEDING CAMPAIGN. FILE PHOTO | NMG  :Kenya’s population hits 49.7 million amid slow jobs growth Kenya women having fewest children in East Africa Kenyan women are having the lowest number of children in East Africa, translating to smaller family sizes compared to their counterparts in Burundi and Uganda, which