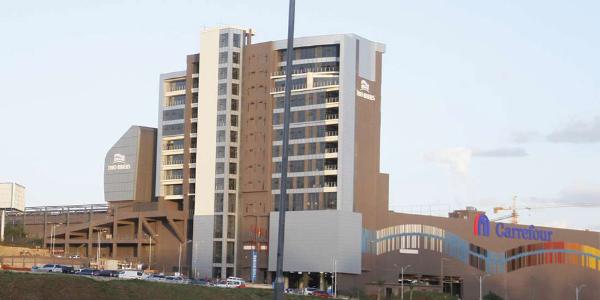 Nairobi has the highest available retail space in malls across sub-Saharan Africa in a development that has kept rent in the high-end shopping centres stagnant over the past two years, a survey shows.

Shopping malls have sprung up in Nairobi faster than ever before as retailers seek to tap into a growing middle class with growing disposable incomes and a limited choice of leisure activities.

The last 18 months have seen three major malls — Garden City, The Hub and Two Rivers — open their doors with (130,500 sqm) of retail space.

Rent in malls has stagnated on increased supply with leasing costs remaining unchanged at $48 (Sh4,944) per square metre a month over the past two years, says Knight Frank Africa.

“Outside of South Africa, the Kenyan capital Nairobi has the greatest volume of modern retail floor space in sub-Saharan Africa, and it continues to be a development hotspot,” said the survey.

“As a result of this new supply, it has taken longer for space to be let and prime rents have stagnated.”

This look set to hit the earnings outlook of high-net worth investors such as private equity firm Actis, which owns Garden City and Centum, a significant shareholder in Two Rivers — Kenya’s largest mall with 67,000 square metres of space. Two Rivers opened in February.

Analysts expected pent up demand for space in these malls on the back on increased affluent shoppers and a widening middle class with an appetite for luxury products such as electronic gadgets.

“Prime retail centres will be in high demand because we now have more affluent shoppers and a growing middle class,” said Paul Kavuma, head of private equity fund Catalyst Principal Partners in a 2011 Reuters report.

Share thisFacebookTwitterPinterestEmailWhatsAppTwo Rivers Mall in Nairobi. FILE PHOTO | NMG  Kenya towers over Africa with largest retail shopping space Nairobi has the highest available retail space in malls across sub-Saharan Africa in a development that has kept rent in the high-end shopping centres stagnant over the past two years, a survey shows. Knight Frank Africa