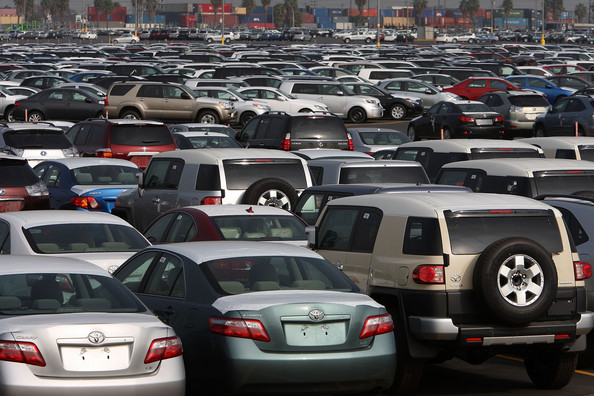 Second-hand vehicle importers in Kenya could soon be restricted from importing vehicles more than five years old as the government moves to improve on fuel efficiency and cut down carbon emissions.

This is one of the recommendations of a study by the United Nations Environment Programme (UNEP) and the University of Nairobi commissioned by the Energy Regulatory Commission (ERC). The study looked at the prospect of promoting cleaner and more fuel-efficient vehicles in order to reduce localised air pollution, greenhouse gas emissions and national fuel bills.

“The vehicle population in the country has been increasing at between 10 and 12 per cent each year since 2003 and as of 2012 we had 2.02 million vehicles on our roads,” Energy and Petroleum Principal Secretary Joseph Njoroge said.

This growth rate, he stated, is far higher than the rate of development of the road network, with the bulk of this traffic concentrated in the cities. “We are talking with the Kenya Revenue Authority (KRA) and the National Treasury to introduce incentives for purchasing fuel-efficient cars and lowering the age limit to five years,” stated Njoroge.

“It may be too late to have this in place for the 2015/2016 budget but we are still engaging with them and the bigger picture is that there are economic gains to be made at the macro-level.” According to UNEP, Kenya’s bulk of carbon emissions originates from the transport sector with most of the adverse effects recorded in urban centres.

“The transport fleet in Kenya is composed, up to 90 per cent, of second-hand imported vehicles and we have an opportunity to make these more fuel-efficient and cleaner because if they use less fuel they emit less,” said UNEP’s Head of Transport Unit Rob de Jong. “We can do this by making small changes like giving incentives for buying cleaner cars and this will easily halve our emissions, which comes with major economic advantages,” he explained.

Lowering the age limit to five years would mean Kenyans would have to dig deeper into their pockets to import vehicles as newer units are more expensive than older units. The Government is, however, optimistic a review of the import duty to match this new age limit will maintain the country’s second-hand vehicle importation industry.

“We put an eight-year cap on importation of second hand cars and still had 10 to 12 per cent growth rate despite protests from importers and we believe if we cap it at five years we will not be curtailing growth in the vehicle industry,” said Njoroge.
Read more at: The Standard

Kenya To Cut Age Limit On Imported Cars To Five Years Reviewed by samrack on April 11, 2015 .

Share thisFacebookTwitterPinterestEmailWhatsAppSecond-hand vehicle importers in Kenya could soon be restricted from importing vehicles more than five years old as the government moves to improve on fuel efficiency and cut down carbon emissions. This is one of the recommendations of a study by the United Nations Environment Programme (UNEP) and the University of Nairobi commissioned by