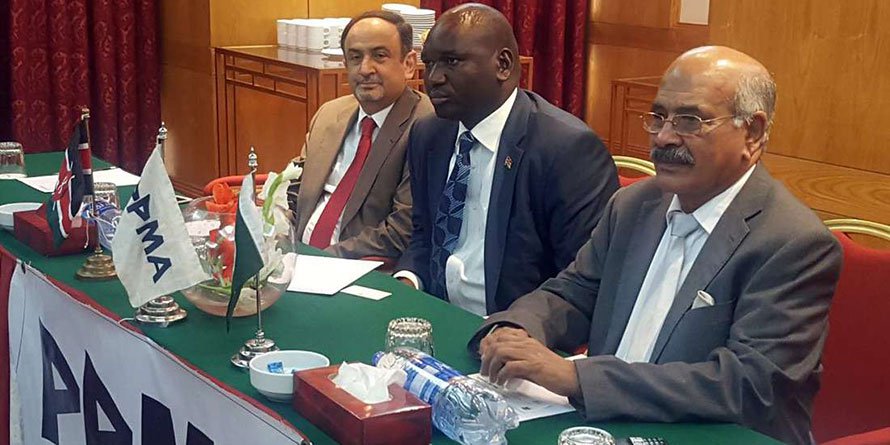 Kenya has proposed a number of measures to boost trade between locals and Pakistani private sector after their bilateral deals hit the Sh80 billion mark this year.

Kenya’s High Commissioner to Pakistan, Prof Julius Bitok, said the proposals were aimed at introducing trade agreements for specific products that are largely traded by the two countries.

“Kenya is considering a free trade agreement for specific products with Pakistan to boost our tea volumes. This matter is expected to be discussed during the scheduled Joint Ministerial Commission (JMC) in October 2017 alongside other MoUs,” he said.

He said the deal was aimed at attracting Pakistani businesses to put up manufacturing plants in Kenya to process raw materials among them tea, coffee, skins and hides.

“Pakistani businesses have heavily invested in the auto and pharmaceutical industries in Kenya as well as in the textile industry. With Nairobi becoming a hub and gateway to East and Central Africa region, more Pakistanis have shown heightened interest in investing in Kenya,” he said.

Mr Bitok said the High Commission staff in Islamabad and Pakistani’s staff at its embassy in Nairobi were involved in helping businessmen solve disputes arising from trading activities. This saw Kenyan businesses verify identity of Pakistani companies seeking trade ties before any exports were made.

“We directly engaged tea businessmen in Karachi, Lahore, Peshawar on a regular basis. We have also worked very closely with Pakistan Tea association to promote tea imports from Kenya. Overall, we have managed to push trade earnings from Sh40 billion in 2013 to Sh80 billion in 2017,” it said.

Data from the Kenya Tea Directorate indicate that Pakistan was the leading export destination for the Kenyan beverage in June 2017 where 19.48 million kilogrammes was sold accounting for 42 per cent of the total export volumes compared to 23 million kilogrammes sold in June last year.

“We need to be more aggressive and market our processed products in Pakistan during trade fairs and workshops we organise in various Pakistani cities. We need to see more linkages among businesses from the two countries made through their respective chambers of commerce and industry,” he said.

The envoy said Nairobi had also confirmed participation in the upcoming exhibition titled Expo in Karachi later in the year with exchange fair also planned in Nairobi.

According to the Kenya National Bureau of Statistics Pakistan was Kenya’s biggest trading partner with exports to Pakistan jumping by 90.8 per cent to Sh24.8 billion in the year to May from Sh13 billion in a similar period last year, marking the fastest growth.

Kenya seeks to boost business with Pakistan Reviewed by samrack on September 6, 2017 .