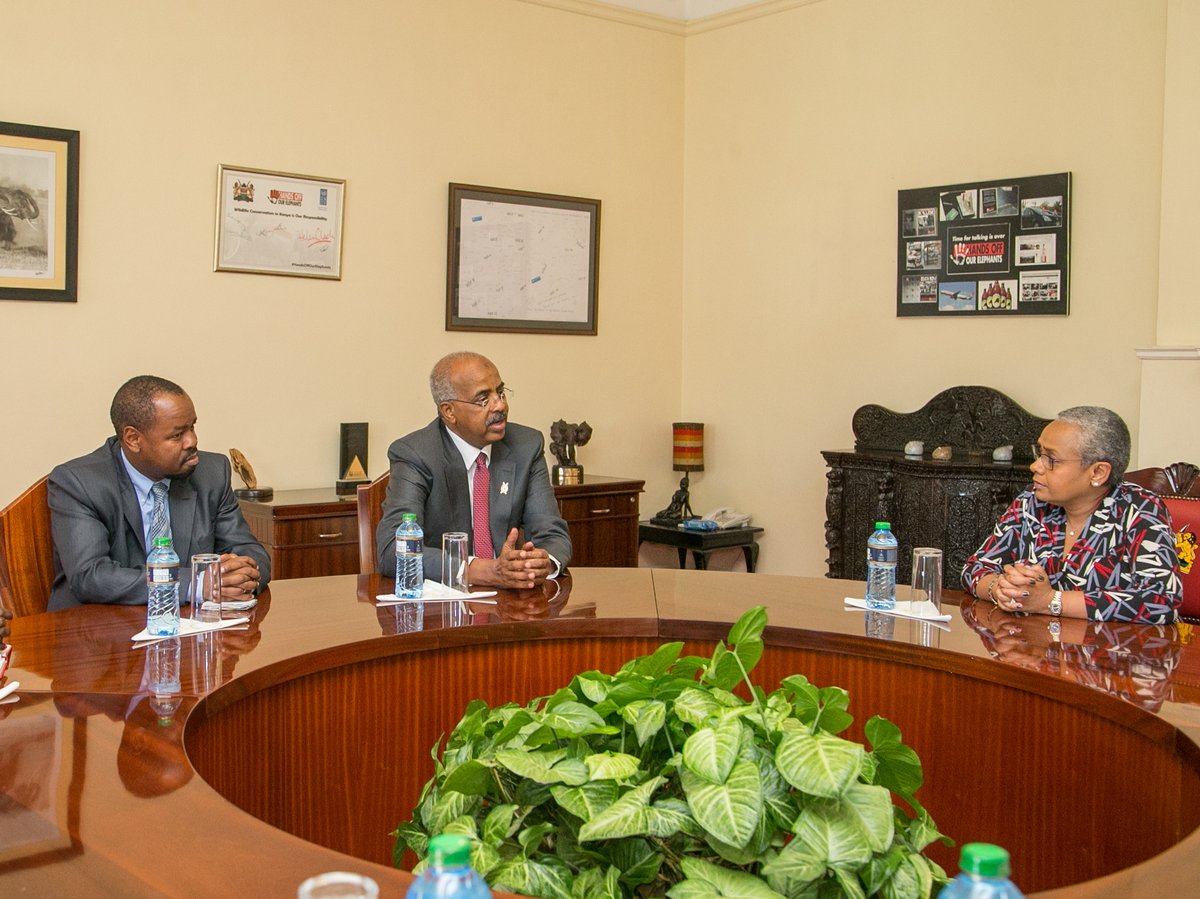 First Lady Margaret Kenyatta with top officials of Kenya Red Cross led by Abbas Gullet when they called on her at State House, Nairobi.

Kenya Red Cross Society Secretary-General Abbas Gullet told a news conference in Nairobi that the funds will help up to 340,786 people facing starvation in 13 counties.

“KRCS is issuing a revised Drought Appeal to reach up to 340,786 people, in 13 counties, at an amount of 10 million dollars. The assistance requested will focus on interventions in five key areas,” Gullet said.

According to a specialized food security agency, FEWS NET, the situation is likely to deteriorate, rendering 2.4 million people food insecure by April if no urgent and appropriate action is taken.

“The effects of the drought are escalating. In December 2016, we had eight counties at the alarm stage and in less than a month since then, the number of counties has risen to 12. This should worry us all,” said Gullet.

It is expected that some of these counties will slide into the emergency phase of the drought in the coming weeks.

The late onset and inadequate short rains – between October and December 2016 – has led to poor pasture and inadequate water resources in pastoral areas, which has further resulted in unseasonal migration in areas like south coastal counties that have in the past served as pasture reserve areas have been severely affected, straining the situation further.

According to the KRCS, livestock body conditions and milk productivity have continued to deteriorate in parts of the country.

Drought related livestock deaths are on the rise, negatively impacting on livestock farmers’ income and access to animal products.

“We have been working with the Red Cross Movement partners, national and county governments, the corporate sector and local partners to mitigate the situation. However, more support is needed, hence, our decision to appeal to Kenyans for support,” added Gullet.READ MORE