Kenya on the spot over US crime cash 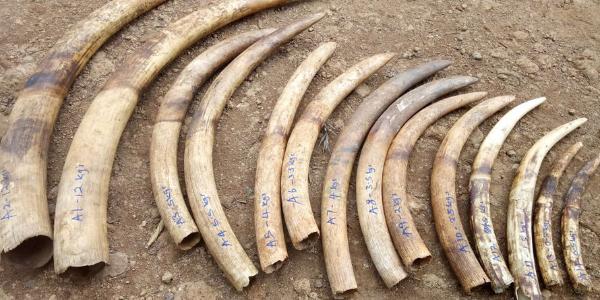 Kenya on the spot over US crime cash

Kenya is on the spot alongside Egypt and Colombia over the use of Sh4.9 billion offered by the US in the fight against transnational crimes like money laundering, wildlife poaching and drugs and arms trafficking.

The US Government Accountability Office (GAO) in its December 2017 report says that data provided on the three countries’ funds expenditure was “incomplete, nonstandard or inaccurate.”

Kenya, Egypt and Colombia received a total of $49 million (Sh4.9 billion) in the four-year period to 2016 through the Bureau of International Narcotics and Law Enforcement (INL).

“For example, INL did not provide democracy assistance data for Colombia, Egypt and Kenya until we identified these countries as potentially missing based on our comparison on INL data with USAid data,” the US accountability office said in its report to the Senate’s chairman of foreign relations committee.

“The initial data INL provided did not include records of awards for these countries because awards were miscoded when the data were entered; for example, some awards were coded under the broad category of law enforcement rather than under specific programme areas. According to INL officials, this erroneous law enforcement code was used for all of Colombia’s programs and for some programmes in other countries such as Egypt and Kenya.”

But the US accountability office has now poked holes in its expenditure reports for countries like Kenya.

Kenya has been seen as a trafficking hub for hard drugs like heroin and cocaine following a series of hauls worth millions of dollars that have been impounded in its territorial waters.

In 2014, for instance, an Australian Navy patrol boat seized heroin valued at $290 million (Sh29.2 billion) off Kenya’s Coast, followed by another Sh1 billion haul impounded and destroyed in the same year.

A year later, Kenya Navy patrol vessels nabbed a luxury yacht in the Indian Ocean with heroin with a street value of Sh20 million.

Kenya’s security organs have recently been keen to boost their military firepower and intelligence to combat emerging threats like terrorism, arms smuggling and drugs trafficking.

Kenya on the spot over US crime cash Reviewed by samrack on February 14, 2018 .

14 pieces of ivory weighing 58kgs and valued at Sh5.8 million impounded by KWS officers in Chogoria, Tharaka-Nithi County on Nov 28, 2017. FILE PHOTO | ALEX NJERU | NMG  Kenya on the spot over US crime cash Kenya is on the spot alongside Egypt and Colombia over the use of Sh4.9 billion offered by