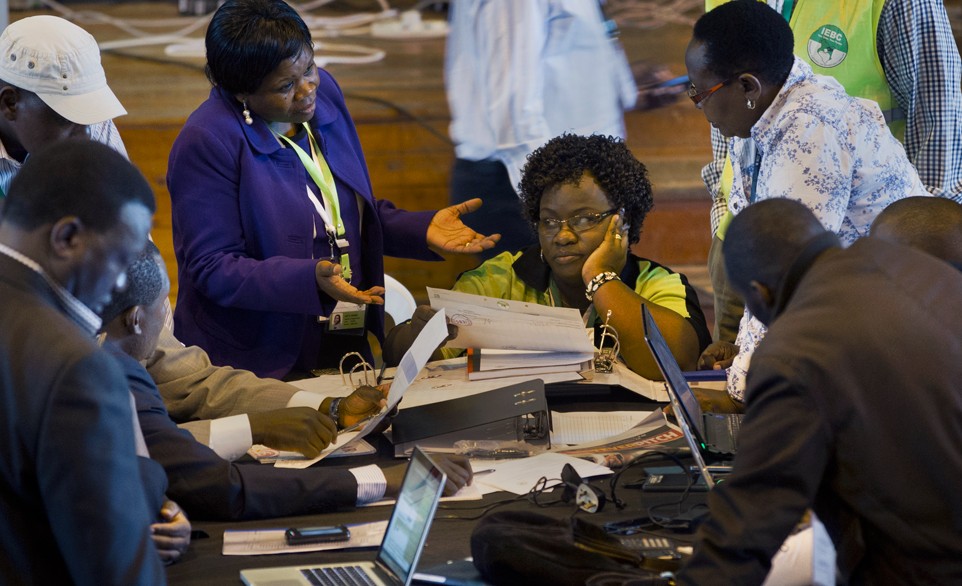 This amount is almost seven times the government expenditure on housing development and human settlement in the 2015/2016 fiscal year.

It is also more than 10 times what has been allocated to industrial developments and investments in the current financial year, according to the analysis by Nation Newsplex and Institute of Economic Affairs.

The losses, which were calculated using the value of the shilling in 2014 and adjusted for inflation, found that in both single and multi-party periods after independence, the GDP growth rates for all non – election years are higher than the average pace of GDP growth for all the years, including election years.

This amount is 12 per cent more than what the national government allocation to maternal and child health in the financial year 2015/16.

However, the losses are conservative since they do not consider how much more the economy would have grown if it did not have to keep recovering from slowdowns caused by political unrest.

That amount equalsthe entire government expenditure on primary education and quality assurance and standard for education for the 2015/16 fiscal year. The amount is also 28 times more than what was allocated to research, science, technology and innovation in the current financial year. 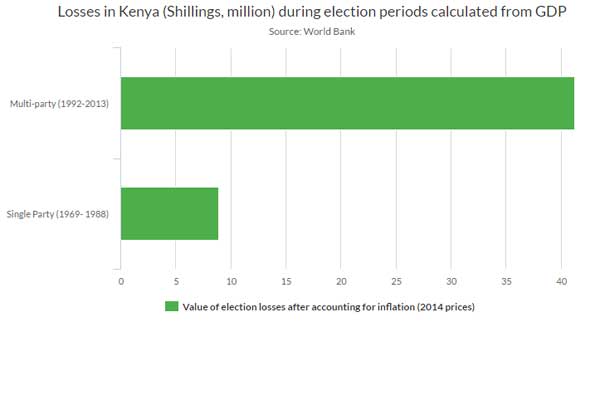 The larger difference in the average GDP growth rate between election and non-election years from 1991-2014 of 0.24 per cent confirms that election campaigns had a negative impact on the economic growth rate which was greater in the multiparty system than the single party one.

This leads to a conclusion that election politics have been more polarised, and the outcome of elections more uncertain in the post-single party period, resulting in significantly reduced economic progress for Kenya, especially since 1992.

The review also looked at the average number of years it takes for Kenya to rise from the lowest to the highest point in terms of GDP growth rate (i.e. period between troughs and peaks).

The analysis finds that it took longer for Kenya to recover in the multi-party era than before pluralism of political parties. In the period 1963-1990, it took 18 months on average for Kenyan economy to move from the lowest point (trough) to the highest point in terms of GDP growth rate.

However, in the period, 1991-2014, it on average took 26 months for the economy to move from the lowest point to the highest point in terms of GDP growth rate.  This means that economic recovery took eight months longer in the era of political pluralism.

Kenya: Nation Loses Billions Due to Election Turbulence Reviewed by samrack on April 23, 2016 .

Share thisFacebookTwitterPinterestEmailWhatsAppKenya: Nation Loses Billions Due to Election Turbulence By Vincent Ng’ethe Kenya has lost about Sh50.07 billion as a result of economic slowdowns during election years since independence, an analysis of economic and election data since independence reveals. This amount is almost seven times the government expenditure on housing development and human settlement in