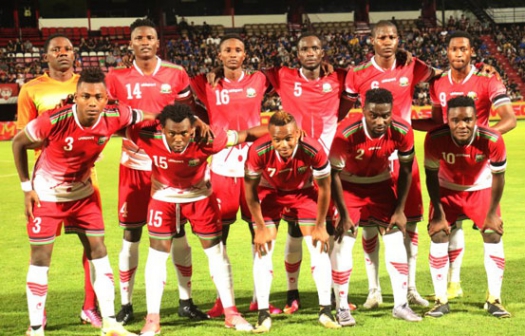 Put, 61, has signed a two-year deal to coach the Harambee Stars.

He replaces Stanley Okumbi who had been in the post since 2016.

The Belgian was most recently coach of Algerian club USM Alger, guiding them to the semi-finals of this season’s African Champions League.

The Kenyan Federation unveiled him to the media following its Annual General Meeting on Saturday.

Put has previously coached both the Gambia’s and Burkina Faso’s national sides.

Under his guidance, Burkina Faso finished as runners-up in the 2013 Africa Cup of Nations, losing to Nigeria in the final.

Put has also been head coach of Jordan’s national team.

His first task will be to prepare the Harambee Stars for the Cecafa Senior Challenge Cup which starts in Kenya on December 3.

Kenya name Paul Put as new coach of Harambee Stars Kenya’s Football Federation has confirmed the appointment of Belgian Paul Put as the national team’s new head coach. Put, 61, has signed a two-year deal to coach the Harambee Stars. He replaces Stanley Okumbi who had been in the post since 2016. The Belgian was