Dr Wahome Gakuru will be laid to rest at his Kirichu home in Nyeri.

President Uhuru Kenyatta, his predecessor Mwai Kibaki, governors and other leaders are expected to join hundreds of mourners at Kagumo Secondary School where the service will be conducted.

Early Saturday morning, family and friends assembled at the Lee Funeral Home where they viewed the body.

The procession left left Nairobi at 7am and arrived in Nyeri by 10am. 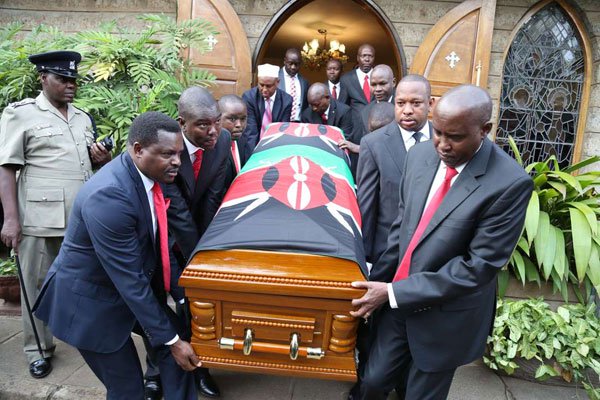 The procession left left Nairobi at 7am and arrived in Nyeri by 10am. PHOTO | RAPHAEL NJOROGE | NATION MEDIA GROUP

The mass will be presided over by ministers from the Presbyterian Church of East Africa led by the moderator general, Rev Julius Mwamba.

Additional police officers from the neighbouring counties and the Kenya Police College are providing security during the funeral ceremony of the former governor. 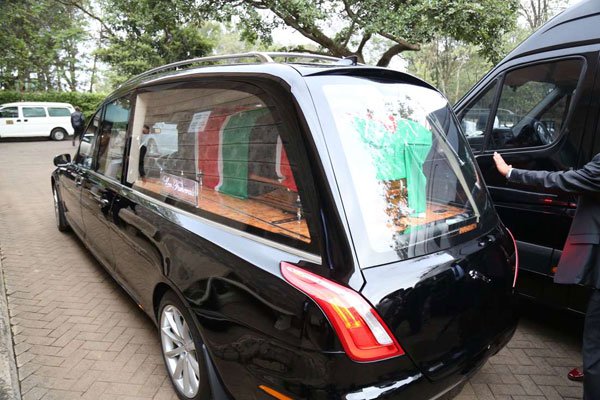 The late governor will be accorded a state funeral but only close family members and selected dignitaries will be allowed to the burial site.

He died on November 7 at the Thika Level 5 Hospital where he had been taken for emergency treatment after his car was involved in crash at Kabati along the Thika-Sagana highway. 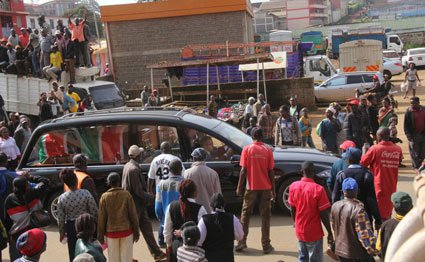 The governor was heading to Nairobi to attend a talk show accompanied by his bodyguard and driver when the vehicle he was travelling in veered off the road and hit a rail guard.

He had served as governor for only 79 day after his election on August 8.