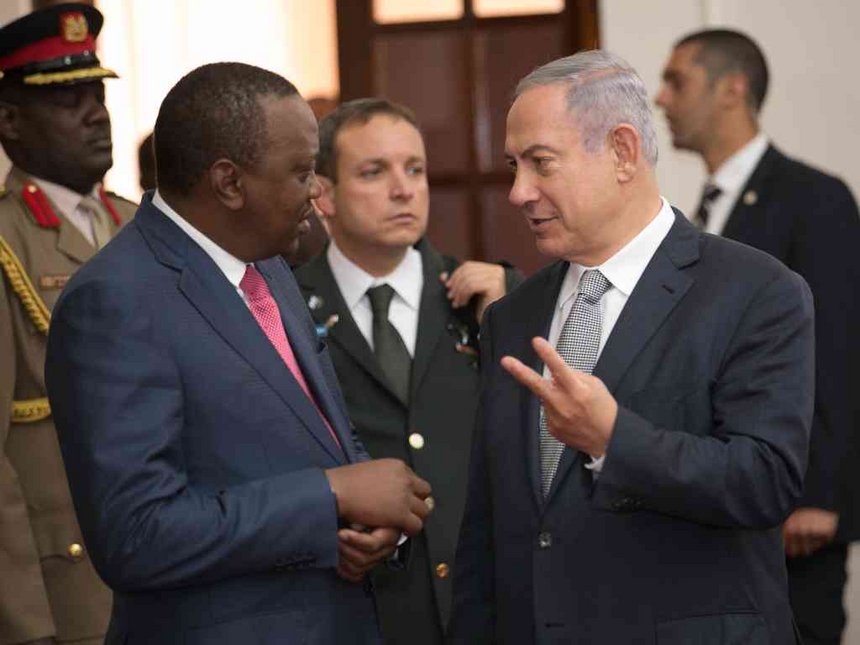 Kenya and Israel will start direct flights between Nairobi and Tel Aviv from next month to increase trade between the two countries.

This was one of the agreements made between the two countries during talks held at State House, Nairobi, on Tuesday.

The talks were chaired by President Uhuru Kenyatta and Israeli Prime Minister Benjamin Netanyahu, who was in the country for a three-day state visit.

The two leaders also witnessed the signing of three agreements on visa exemption for holders of diplomatic passport, economic cooperation and an MoU on health cooperation.

Uhuru and Netanyahu agreed to support the formation of a Kenya-Israel Joint Working Committee to review all existing MoUs and agreements, their status of implementation and possible new areas of cooperation.

They also announced the grant from Israel through MASHAV (the Israeli Ministry of Foreign Affairs’ Agency for International Development Cooperation) to train 600 Kenyan personnel over six years in water and irrigation.

They said the continued cooperation to protect Lake Victoria marks the enhancement of the trilateral partnership between Kenya, Israel and Germany.

Kenya, Israel to start direct flights in August Reviewed by samrack on July 8, 2016 .