Kenya: How Partnerships Are Helping Cleft Lip and Palate Surgeries in Kenya 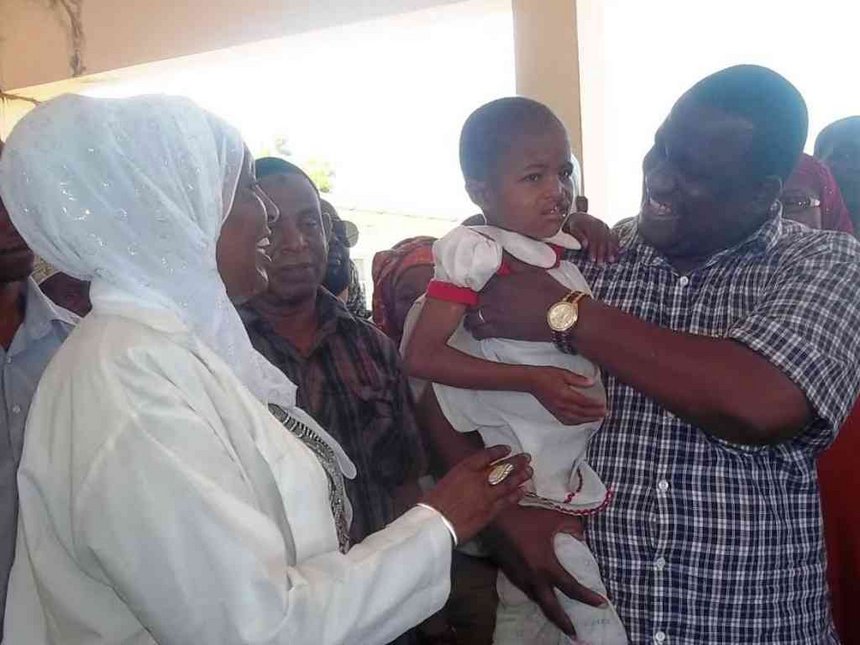 Kenya: How Partnerships Are Helping Cleft Lip and Palate Surgeries in Kenya

About 6% of all children worldwide are born with a birth defect. More than 300 000 babies with birth defects die annually within a month of being born.

The most common birth defects are those that affect the skull or facial bones such as cleft lips and palates. These happen when parts of the developing face fail to fuse in the early months of pregnancy. A cleft lip affects facial appearance.

The cause of cleft palates is largely unknown. Some studies have suggested that poor nutrition, infections, consumption of tobacco, alcohol and certain medicines during pregnancy may be responsible. Inherited defective genes have also been identified as a probable cause.

Treatment is designed to restore a normal look as well as improve affected functions such as a baby’s ability to suckle as well its ability to speak properly later in life. But it’s not always easy for children with cleft lips or palates to get the help they need, particularly in poorer countries.

For example, reconstructive surgery for cleft lip and palate or access to treatment is limited in developing countries. This is because of limited surgical expertise, lack of funds for setting up specialised units and low awareness among the general public. The total number of cleft surgeons in Africa is not known but compared to other specialities, trained cleft surgeons are still relatively few.

There is an urgent need to address the financial, infrastructural, and socioeconomic barriers for cleft care in Africa. Improving funding for primary health facilities, training more reconstructive surgery specialists and bolstering public education are good places to start. Partnerships are key. When governments, hospitals and non governmental organisations work together, more children get the treatment and care they need.

About nine out of ten severe birth defects occur in low and middle income countries. That’s about 1:700 live births.

Birth defects can be diagnosed during pregnancy by an ultrasoundthat provides pictures of the foetus’ facial features. In other cases, the defect is only noticed when the baby has been delivered.

The severity of a birth defect can vary from a notch on the upper lip or a depression in the palate to more severe forms which manifest as large gaps in one or both sides of the lip and gum. In some cases, the nose is also affected.

Some developing countries still have adults living with the defect. But in developed countries, it’s rare to find an adult with an unoperated cleft lip and palate due to early access to treatment.

Since clefts are not life threatening, it is advisable to operate on affected children when they are big enough to withstand anaesthesia and the trauma of surgery. The optimal time for cleft lip surgery is when the child is three months old whereas 12 months is ideal for cleft palate repair.

Clefts are repaired at various public and private hospitals in Africa in partnership with governments, hospitals and non-governmental organisations.

Smile Train, for which I volunteer, partners with hospitals in most African countries. In 2015, Smile Train performed its one millionth cleft surgery in Dar-es-Salaam at a hospital run by a healthcare organisation known as Comprehensive Community Based Rehabilitation in Tanzania (CCBRT).

Help a Child Face Tomorrow does free surgeries in Kenya, Rwanda, Democratic Republic of Congo, Somaliland and, beyond Africa, in Bangladesh.

Kenya: How Partnerships Are Helping Cleft Lip and Palate Surgeries in Kenya Reviewed by samrack on January 16, 2018 .

Share thisFacebookTwitterPinterestEmailWhatsAppA file photo of former Kwale woman representative Zainab Chidzuga with Governor Salim Mvurya and a child taken for free cleft lip treatment at Msambweni hospital. Kenya: How Partnerships Are Helping Cleft Lip and Palate Surgeries in Kenya By Joseph Kimani Wanjeri, University of Nairobi About 6% of all children worldwide are born with