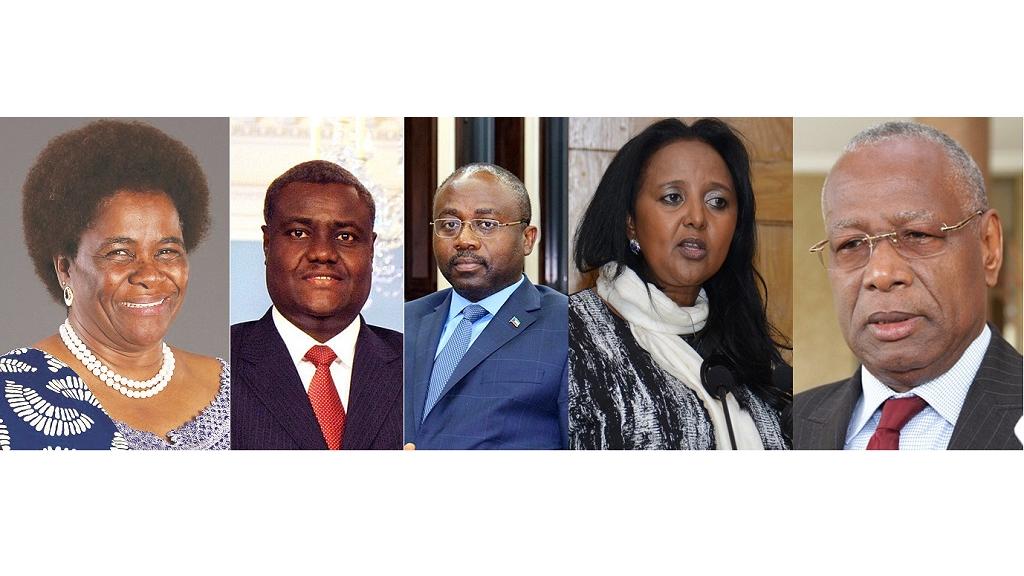 The new elections will be held during the 28th Ordinary Session of the Assembly of Heads of State and Government from January 30 to 31 at the AU Headquarters in Addis Ababa, Ethiopia.

The government has expressed optimism that Foreign Affairs Cabinet Secretary Amina Mohammed will be elected as the next African Union Commission chair during the Monday elections in Addis Ababa, Ethiopia.

Speaking in Nairobi on Monday, Education CS Fred Matiang’i, who chairs the Cabinet Committee on Amina’s Candidature, said the country has already reached out to 51 out of 53 AU member states to back Amina’s bid.

Matiang’i, however, said Kenya will not relent and is stepping up her campaigns for the AU top post on the continental front to ensure the Foreign Affairs CS carries the day.

He added that should Ambassador Amina win to become next AU Commission chair, Kenya would push for achievement of Agenda 2063 that seeks to strengthen innovation and deployment of technology.

Deputy President William Ruto last week kicked off the final campaigns for Foreign Affairs Cabinet Secretary Amina Mohammed with a trip to Mali where he met several leaders among them Algeria Prime Minister Abdelmalek Sellal and Uganda President Yoweri Museveni on the sidelines of the France-Africa Summit for Partnership, Peace and Emergence held in Bamako.

On Monday, the Deputy President was in Swaziland where he met Prime Minister Dr Barnabas Sibusiso Dlamini.

Mr Ruto who was accompanied by CS Mohammed and her Environment counterpart Judy Wakhungu said Kenya believes that the future of individual countries was tied to that of the continent as a whole.

“As such we must talk collectively about that future that the African Union stands and play a pivotal role,” he said.

Foreign Affairs Cabinet Secretary, Ambassador Amina Mohammed, remains optimistic that the African Heads of State will move from the traditional voting pattern and appoint her the next chairperson of the African Union Commission.

Ambassador Mohamed aims at taking over the leadership mantle of the African Diplomatic Corps from the outgoing South African, Nkosazana Dlamini Zuma.

The candidates are usually fielded by political and economic blocs as well as lingual groupings.

In an interview on Citizen TV’s Sunday Live Show in November, Ambassador Mohamed expressed confidence that African leaders will break away from the traditional voting practice to elect her the next African lead diplomat.

“My hope and my expectation is that I get votes from across the continent,” she said.

She said that the African policy has been the cornerstone of President Uhuru Kenyatta’s administration, adding that the Kenyan government has taken a lead role in every initiative and programme undertaken in the continent since President Kenyatta took office.

She cited the lead role that Kenya played in the fight against Ebola in Liberia, putting resources and hosting the African remittances institute and immense contributions to peace missions across the continent.

Ambassador Mohamed promised to aggressively pursue the implementation of Agenda 2063, developed by the Africa Summit for the continent that was adopted in 2013.

Agenda 2063, Mohamed says, provides the catalyst needed to stimulate growth in Africa through the creation of opportunities, improving continents infrastructure connectivity as well as embracing technology.

“One doesn’t even need to go outside the agenda. One needs to aggressively and faithfully implement the agenda,” she told Sunday Live.

“We have a very comprehensive, inclusive growth agenda that will drive sustainable growth in Africa.”

She heaped praise on outgoing Chairperson for launching the agenda, saying her tenure will embark on overseeing the successful implementation of the same.