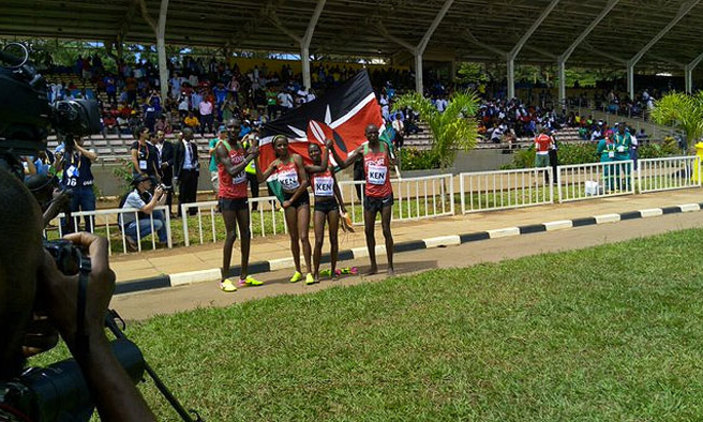 KAMPALA – The Kenyan team won the mixed relay race, the first ever of the World Cross Country Championships, with a total time of 22.22 minutes to win gold.

Team Turkey were with Aras Kaya, Meryem Akdag, Ali Kaya and Yasemin Can.

Kenya’s Kiprop, the 2007 World U20 Cross Country champion, led from the start and he kept up the pace ahead of Ethiopia’s Tufa on a hot Sunday afternoon.

The Kenyans willed on their own as Kiprop showed great strength and steel to give his team a sizeable lead.

Mbithe carried on for the Kenyans as the crowds burst into life. Ethiopia was a close second while Turkey battled on in third.

At some point, Turkey’s Akdag was hot-on-the-heels of Ethiopia’s Cheluke.

At the second changeover, Team Kenya had built a wealthy 15 seconds over Ethiopia and 18 over pursuing Turkey.

Hosts Uganda and Bahrain were still in it. Koros of Kenya took it on for the Kenyans as Kejelcha of Ethiopia was close behind.

Koros eventually handed over to Chepkoech who had to face some formidable competition in the form of Dibaba.

Dibaba, the sister of three-times Olympic champion Tirunesh Dibaba, did manage to close in on the Kenyan, but Chepkoech kept up and crossed the finish line to secure Kenya’s gold in the maiden mixed relay race. –