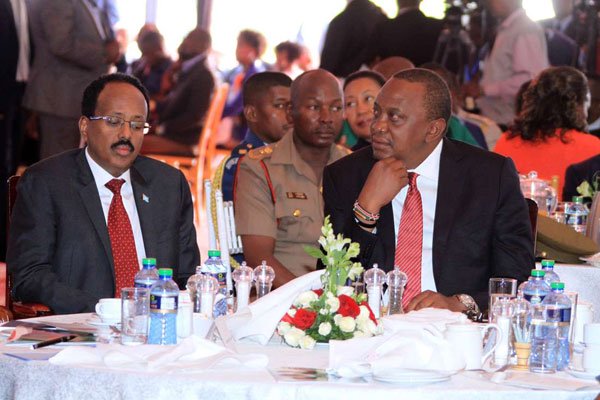 The already strained diplomatic relations between Kenya and Somalia are once again being tested, with Nairobi accused of harbouring fugitive Jubbaland security minister Abdirashid Hassan Abdinur.

Mr Abdinur, also known as Abdirashid Janan, is alleged to have escaped on January 28 from a Mogadishu prison, where he had been held since August 31, 2019 on accusations of “grave human rights violations and killing civilians in Gedo Region”.

A well-placed security source in Mandera said the minister entered Kenya through Bulahawa, narrowly escaping Somalia security forces that had been chasing him.

The fugitive minister has been in Kenya since then, initially taking refuge in Nairobi.

Currently, Mr Abdinur is reported to be hiding in a Mandera hotel. He arrived at the hotel on Tuesday afternoon and his security was immediately taken over by Kenyan agencies.

As a result of these reports, Somalia is furious for what it considers interference by Nairobi with its internal affairs.

In a statement, the government of Somalia warned that harbouring the wanted minister by any neighbouring country could jeopardise “good relations”.

“The Federal Republic of Somalia places great importance on maintaining good relations with its neighbouring countries and the harbouring of a dangerous fugitive could seriously endanger the good relations that have existed between Kenya and Somalia,” read the statement.

The Somali Police Force says it is hopeful that Kenya will adhere to calls from the Somali government as well as international human rights agencies and arrest and extradite Mr Abdinur.

Somalia has gone further to enlist the help of Interpol in apprehending Mr Abdinur.

“The Federal Government of Somalia considers the fugitive a grave danger to the Somali people and want him extradited to Somalia to allow for due process to be completed,” read a statement issued by Deputy Police Commissioner-General Sakia Hussein.

International human rights opinion also seems to favour Somalia after Amnesty International called on Kenya to arrest and handover the fugitive, saying he “must be returned to face justice”.

“The Kenyan authorities must immediately arrest and hand him over to the Federal Government of Somalia, who should conduct his trial in a manner that meets international fair trial standards, without any further delays,” said Seif Magango, Amnesty’s Deputy Director for East Africa, the Horn and the Great Lakes.

“Victims of his alleged crimes have waited patiently for justice and their hopes must not be frustrated.”

But Principal Secretary for Foreign Affairs, Macharia Kamau, told the Nation that only Kenya’s security forces can comment on the matter.

“This matter is not in our hands. I suggest you contact those who might know about it, the security forces,” the PS said.

Mr Abdinur was arrested upon his arrival in Mogadishu from the Ethiopian capital Addis Ababa, and later placed in detention.

At the time of his arrest, Jubbaland’s administration described the arrest as “illegal” and considered it a “kidnapping”.

In the 2016 and 2017 United Nations Monitoring Group on Somalia and Eritrea reports, the minister was accused of human rights abuses between 2014 and 2015.

The 2016 report stated that Mr Abdinur “has been responsible for the targeting of civilians contrary to international law, as well as conduct constituting obstruction of humanitarian assistance”.

“It has also been alleged that Abdirashid has participated in activities that undermine peace and security more broadly, including attempting to overrule legitimately appointed local authorities,” the report added.

According to Amnesty International’s account of events, after his arrest, Mr Abdinur was arraigned at the Banadir Regional Court in Mogadishu on October 6, and thereafter detained until his escape last week.

Mr Abdinur is the second high ranking government official from Jubbaland to seek refuge in Mandera due to security concerns.

Somalia’s Ministry of Information made it clear in a statement on February 5 that the matter could exacerbate the already strained relations with Kenya.

“The Federal Government of Somalia (FGS) is dismayed by the political and security interference of the Kenyan Government in Somalia, which is not good for relations between the two countries and its people, and the resolution of regional problems,” the statement said.

“The FGS is always looking for a good neighbour, respectful and committed to peaceful co-existence, and assures its citizens that they will not tolerate interference and violence, which is not in the best interests of the state and in civilian life,” it added.

The relationship between Kenya and Somalia has been on the rocks since Somalia rejected overtures from Nairobi to have a maritime dispute between the two countries settled through negotiations.

Instead, Somalia moved to the International Court of Justice (ICJ), which is expected to render its decision in