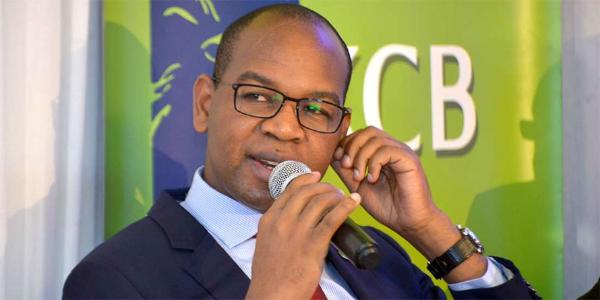 Mr Oigara’s compensation increased by 9.6 percent or the equivalent of Sh26.2 million from Sh272.9 in the previous year on the back of a higher salary of Sh72 million that went up 5.9 percent from Sh68 million in 2018.

Mr Oigara, 45, whose renewable term of five years ends in 2023, was also paid deferred compensation of Sh48.4 million as bonus last year and a gratuity of Sh21.6 million.

KCB ties bonus payments to its executive directors’ achievement of multiple metrics, including the profitability of the group.

“During the year 2019, there was a Sh12.8 million adjustment to the basic pay of the two Executive Directors sitting on the board with effect from 1 January, 2019,” said the bank in its annual report.

At the current rate, Mr Oigara’s pay amounts to Sh24.9 million per month and is 95.1 times the average Sh3.14 million paid annually to KCB’s 6,202 permanent employees.

Mr Kimathi’s basic pay also went up by Sh8.8 million to Sh40.8 million. The new raises will cement the duo’s position among the highest-paid executives in the country.

Their higher earnings last year were in tandem with KCB’s 4.8 percent growth in profit to Sh25.1 billion from Sh23.99 billion the previous year.