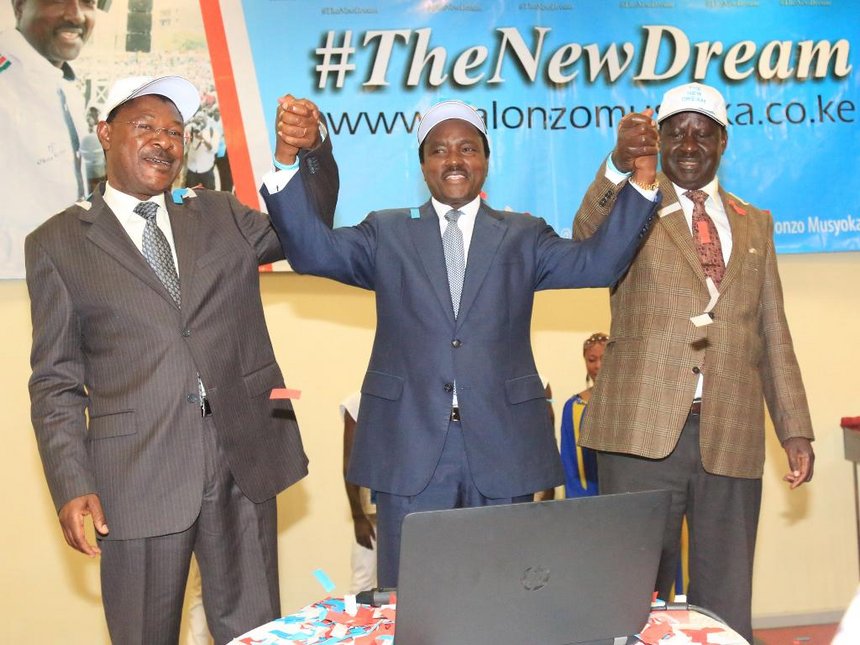 Kalonzo Musyoka launched his personal website saying it would be for interaction on development agenda, but the site was inaccessible shortly after.

The Wiper leader said the website,  kalonzomusyoka.co.ke, which was unveiled on Thursday, will be a platform for Kenyans to know him better.

“In addition to giving you an opportunity to have your say about how you want this country to be run, this website will also be providing updates on all my past and ongoing political activities,” he said.

He said it will also be a platform for supporters to freely meet and exchange ideas on what is best for Kenya.

“The time for change is here. The time for the mighty take-off beckons. The time for reclaiming the Kenyan dream has arrived,” he said during the launch at Panari Hotel in Nairobi.

The Wiper leader accused the government of “crafting a perfect artwork” of corruption in the country.

Kalonzo was referring to cases he said the opposition has always highlighted in a bid to keep the government on its toes.

They include the  Sh791m National Youth S ervice and the Sh250 billion Eurobond proceeds, Sh140 billion of which the opposition maintained was misused.

Kalonzo said: “In Kenya today corruption is a lifestyle. Corruption is a cancer that continues to eat into the very fabric of the nation.”

The Cord co-principal said Kenyans have thrown social ethics out the window and resorted to graft.

“As long as you can flaunt ill-gotten wealth you become an instant star. The Jubilee regime has only helped entrench this abhorrent culture of hedonism and gluttony,” he said.

Noting that tribalism has become deeply entrenched in government, Kalonzo said the depressing state of affairs leaves a sour taste in the mouth of nationalists.

“Needless to say, such blatant tendencies not only divide Kenyans along ethnic lines but are also a great threat to national cohesion and harmony,” Kalonzo added.

Cord leaders at Panari Hotel in Nairobi during the launch of Wiper chief Kalonzo Musyoka’s website, June 30, 2016. /COURTESY Kalonzo launches website, says Kenya ripe for change Kalonzo Musyoka launched his personal website saying it would be for interaction on development agenda, but the site was inaccessible shortly after. The Wiper leader said the