Kalonzo cries as Raila explains he is going through difficult time 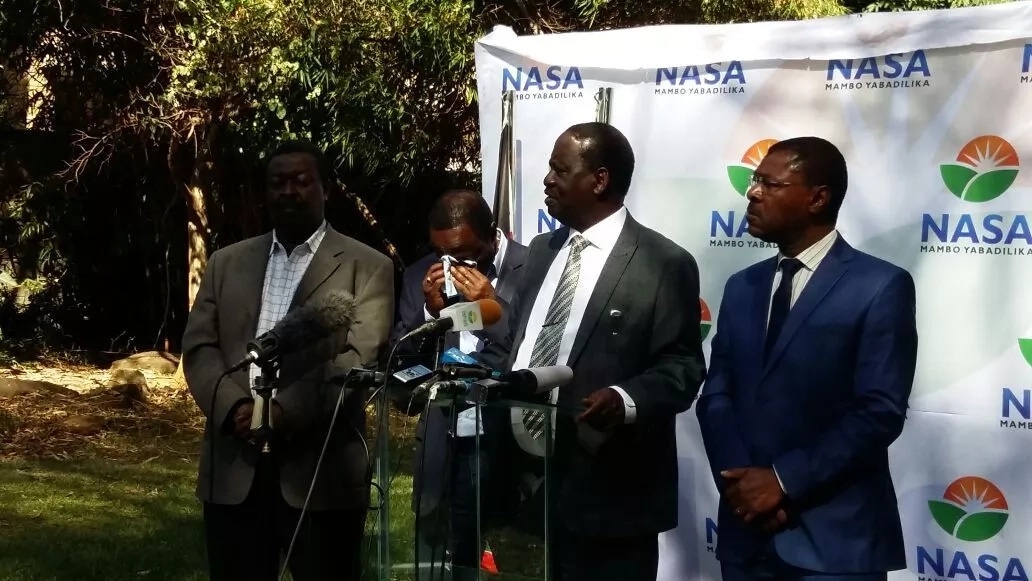 Kalonzo cries as Raila explains he is going through difficult time

National Super Alliance (NASA) deputy leader Kalonzo Musyoka shed tears on Thursday, February 1, when he joined other NASA leaders to dispel suspicion that the coalition is breaking after Raila Odinga was sworn in. The Wiper leader was uncontrollable when Raila defended him against a barrage of attacks from NASA supporters over his decision to skip the swearing-in.

kalonzo has been on the receiving end of criticism and abuse in what NASA supporters believed was betrayal to Raila’s swearing-in plans.

“Kalonzo has been going through challenges. He has faced a lot; sick wife, trolls, withdrawal of his security…,” Raila said. This moved the former vice president as he struggled to hide his tears. Eventually, he was overwhelmed and took out his handkerchief to wipe the tears.

Kalonzo, Mudavadi and Wetangula came under severe attack from leaders within NASA led by MP Millie Odhiambo and supporters.

Kalonzo cries as Raila explains he is going through difficult time Reviewed by samrack on February 1, 2018 .

Share thisFacebookTwitterPinterestEmailWhatsAppKalonzo shed a tear when Raila addressed the media Photo: TUKO.co.ke/Lynn Ngugi  Kalonzo cries as Raila explains he is going through difficult time Kalonzo Musyoka was uncontrollable when Raila Odinga explained why he missed his inauguration Raila said NASA is still intact despite suspicion it is splitting up – Kalonzo has been criticised after