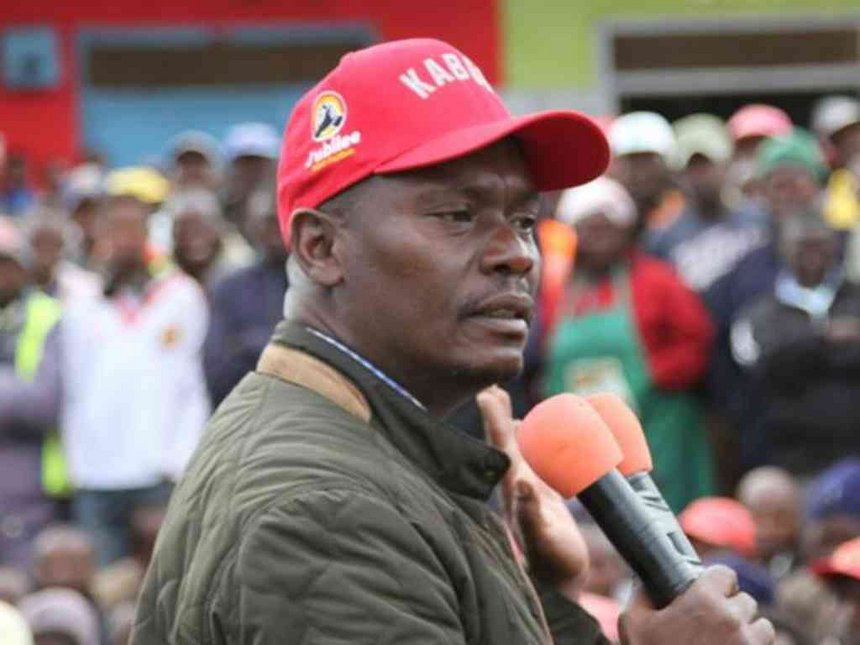 Kiambu Governor William Kabogo has termed the Jubilee primaries in the county as a game being played at the party headquarters in what appeared as his early bow to a defeat as he wished his competitor Fedinand Waititu well in his bid to be the governor.

Kabogo said there were powerful people, who he refused to disclose, within the party who wanted him out of office through an unfair process marked by rigging as ballot papers were reported to have disappeared yesterday.

“I have done everything possible to make Kiambu a better place and we tried to have a free and fair process since Friday; I raised my concerns to the party leadership and they have a memorandum of the issues we raised,” said Kabogo.

He said he had warned the party of appointment of largely partisan people who would put shame to the president’s party and they had promised to change presiding officers.

“I don’t agree with these nominations, I will not sign to have been part of this process, ” he said.

Kabogo invited members of the press at a time when tallying was ongoing with Waititu leading with 12,984 votes as he trailed with a margin of more than ten thousand votes where he aired his concerns despite strong objection from his family members.

He alleged to have found Mr Waititu at one of the polling stations in the county a night before the primaries where he was under police guard marking ballot papers in his favour.

He said with the happenings, it was clear there was someone who did not want him to serve as the Governor for Kiambu County and was determined to achieve this unfairly.

He pointed fingers at the party Secretary General Raphael Tuju saying he had not solved the issues he raised with the party affirming that he would not sign any documentation on the process as it appeared clearly illegitimate.

“The games being played are in Jubilee House and not at State House and neither are they at the Deputy President’s office, ” he added.

He moved to wish Mr Fedinand Waititu well in the process saying the govenor’s job had not been an easy, though not verbally conceding defeat.

He however said it is early for one to conclude that he will not be on the ballot come August 8 as it is only God who could determine but made remarks that he had much more to do after having served as a governor since 2013.

Kabogo – Jubilee primaries is a game being played at the party headquarters Reviewed by samrack on April 26, 2017 .