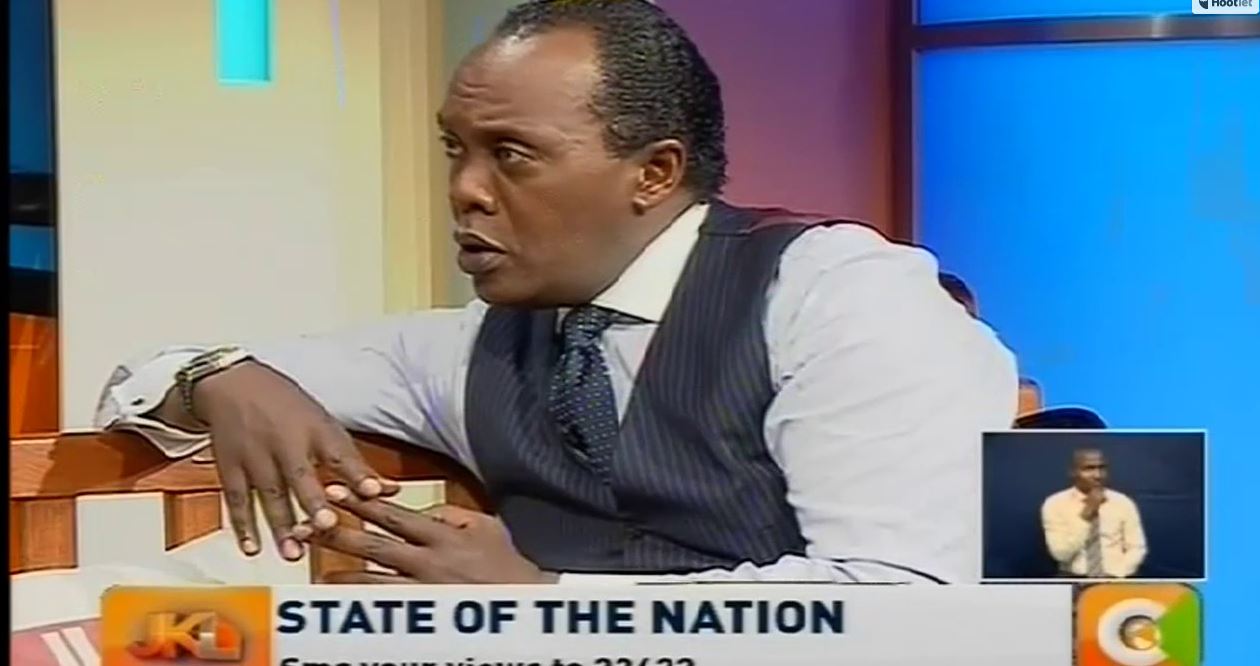 There have been various theories on why Jeff Koinange was fired by KTN late last year.

The generally accepted story is that he failed to control his guests Miguna Miguna and Esther Passaris, which resulted to an unpleasant exchange of rape jokes.

This was never officially given as the reason, which led to rise of some conspiracy theories.

Wahome argued that by allowing Miguna to mention certain powerful individuals in a derogatory manner, including calling Moi a dictator, Jeff sealed his fate.

“Last week I said with 100% precision that Miguna would never again feature on JKL in KTN. And it was not because of attacking Passaris. It was because of linking her to Mwangi of Equity and Gichuru former MD of KPLC in whichever way he did,” he explained.

“But the worst was when Miguna said Moi was a dictator. Something told me the JKL host had let the show cross the line. Moi owns KTN and Jeff should have known that and make amends. He didn’t. And choices have consequences,” he added.

Miguna himself later linked Jeff’s sacking to Moi and the ‘cartels’.

Now on Wednesday, during his first show on Citizen TV, Jeff may have finally let the cat out of the bag.

The Emmy award winner was hosting lawyer Ahmednasir Abdullahi and Barrack Muluka. Towards the end of the show, Jeff was receiving compliments about his new studio and complaints about the old Kempinski rooftop studio, and also praises on how he has moved from the ‘small league’ (KTN) to the big league (Citizen).

It was then that Jeff said four words that we were accustomed to during the Moi error. “Na hio ni maendeleo”… He actually tried to say the words with a Nyayo voice.

Was he passing a message? Who knows.

Watch the clip below. (Already set to specific moment)

Share thisFacebookTwitterPinterestEmailWhatsAppJeff Koinange Finally Confirms (Accidentally) That Moi Sacked Him from KTN – VIDEO There have been various theories on why Jeff Koinange was fired by KTN late last year. The generally accepted story is that he failed to control his guests Miguna Miguna and Esther Passaris, which resulted to an unpleasant exchange of rape jokes. This