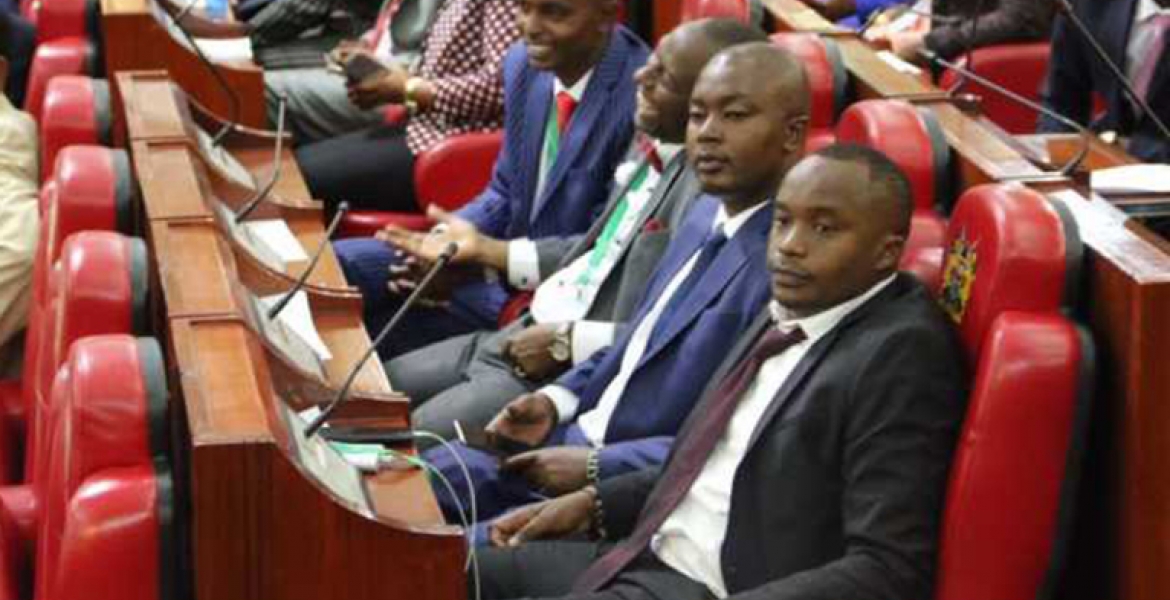 he National Assembly Deputy Speaker Moses Cheboi was on Thursday forced to intervene to allow Starehe MP Charles Njagua Kanyi alias Jaguar to make his maiden speech on the floor of National Assembly as fellow Members of Parliament, in more than one instance, interrupted Jaguar’s address.

The jeering then persisted when the politician used Sheng language in his address.

The Deputy Speaker intervened and called on MPs to accord Jaguar respect and silence as he made his debut speech.

“Proceed the honourable member. I want to assure you that nobody will interrupt you as you make your maiden speech,” Mr Cheboi told Jaguar.

He went ahead to make his speech,
“Mr Speaker, I am telling the honourable members that I am the landlord of this House because the Parliament Buildings are located in Starehe constituency,” said Jaguar, before another interruption of disapproval by MPs rented the air.

“I want to repeat that there will be no interruptions, other than members must speak from the language which they started using when they started addressing the House. So, nobody will interrupt honourable Jaguar, at all!” affirmed Cheboi.

“Thank you Mr Speaker. I want to thank the Starehe people for trusting a youthful leader against all odds. They stood firm and voted for me overwhelmingly. This is indeed very rare in Kenya. I promise that I will not let them down.

“I am keenly aware of the hope, aspirations and challenges they face in this city. I am also aware that a majority of the city dwellers are poor and unemployed. I will do my utmost best to create a conducive environment to do business and create jobs for the youths of this country.

“Mr Speaker Sir, and the Government, as you all know, before I joined politics I came from the music industry (sic). I am the one who sang the song Kigeugeu and honourable members have been urging me to withdraw the song because I have now joined politics.

“But if you listen to the song, it does not touch on politicians only. It touches on all evils that happen in this country and the rest of the world.

“Mr Speaker Sir, I am from the music industry and I must say that the Government must create talent centres for artistes. This is a huge industry that can create employment for the youth; and even export different talents to the rest of the world.

“This industry has propelled me tow where I am today. We, therefore, need to nurture such talent and celebrate our artistes. Artistes can unite Kenyans better than people in other professions. Mr Speaker Sir, it is only in Kenya where artistes die poor. If you can remember, every time an artiste dies, we must hold Harambees for them. Artistes work very hard to produce music.

“Recently, I was looking at a music video and I saw honourable Sabina Chege dancing in one of the Kikuyu music videos when she was young. She can tell you how hard it is to produce a music video. It is only in Kenya where an artiste can produce a song in the morning and go to the studio, record and have the song played (on radio stations) in the afternoon; and in the evening when going home, you get a pirate selling you the same song that you had produced in the morning.

“Mr Speaker Sir, we need to look into that because I believe music can create employment and give hope to the hopeless youths out there.

“In conclusion, I want to say that we have only one country called Kenya; and it is one of the best places to live in this world; let us not divide it through petty politics and shenanigans. This country is bigger than all of us. Leadership is not a privilege; it is a responsibility.”

Jaguar Finds Hard time Making His Maiden Speech in Parliament as Fellow MPs Interrupt Him Reviewed by samrack on September 15, 2017 .

Jaguar Finds Hard time Making His MaidenSpeech in Parliament as Fellow MPsInterrupt Him he National Assembly Deputy Speaker Moses Cheboi was on Thursday forced to intervene to allow Starehe MP Charles Njagua Kanyi alias Jaguar to make his maiden speech on the floor of National Assembly as fellow Members of Parliament, in more than one