It is important to confirm all information 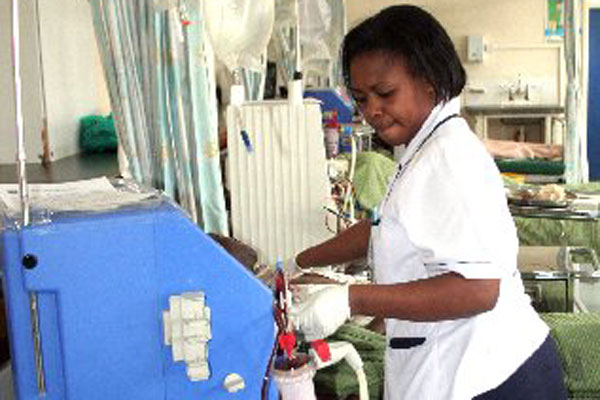 It is important to confirm all information

“He said”, “she said” form of journalism often does not help to establish the truth.

Brian Karuga, 14, desperately needed a kidney transplant. In a story headlined “I need a new kidney, will you give me a new lease of life by donating yours?”published on October 20, last year, in the Daily Nation, reporter Pauline Kairu lets him tell his story: “For the last one year I have been using the kidney my father donated to me after both mine failed. But now it is defective, so I need another one…”

Nearly nine months later, Pauline Kairu wrote what read like another SOS. “Boy helped by Uhuru to seek treatment stuck in India over bill,”said a headline published on July 15, 2016. “A boy who travelled to India for a kidney transplant with the help of President Uhuru Kenyatta is now stranded overseas after his family failed to raise Sh2.8 million to clear his hospital bills,” the story said.

It stated that Artemis Hospital in Haryana had confiscated Brian Karuga’s and his mother Ruth Njeri’s passports since the boy was discharged on June 20.

Nearly three weeks after the article appeared, Ruth Njeri emailed Pauline Kairu, saying the information was “all lies”. She said in her August 2 email that despite not having sufficient funds for her son’s treatment the hospital carried out the surgery.

“I am forever indebted to the hospital and the doctors who went out of their way to ensure my son was treated. There is no time that our passports were confiscated, nor my son having been denied treatment,” she said.

On July 20, Artemis had written to Pauline Kairu seeking to know the source of her information. It said all the travel documents were with the mother and the hospital never asked for them. “We are continuing to treat the patient despite the bill exceeding their initial deposit. We are told money will come through some charitable organisation and we have taken their word for it.”

The hospital said the information in the story was fake and demanded a correction. Her source was Paul Mwani, the organ donor who travelled to India for the operation but returned earlier. He, together with two members of the Brian Karagu fundraising committee have since met twice with Nation editors trying to establish the truth. Mr Mwani stood his ground. Kibe Ng’ang’a, the local representative of TreatGlobal, the Indian medical tourism company that arranged the trip, attended the final meeting. This is how he assessed the meeting: “In as much as we didn’t agree on some of the issues raised I must say the meeting was an eye-opener in relation to the published story for all the parties.”

The “eye-opener”, in my assessment, was simply that the parties were unable to establish the truth regarding the passports at the time Pauline Kairu wrote her story.

But we can draw lessons from the saga. The first lesson is that the “he said and she said” form of journalism often does not help to establish the truth. The second is that in a controversial matter, it is important to contact everybody who is negatively reported. The third is a reaffirmation of the proverb that

the end justifies the means. Brian, I am told, returned home on Tuesday in good health. Does it really matter who was lying about passports?

Send your complaints to publiceditor@ke.nationmedia.com; call 0721989264.

It is important to confirm all information Reviewed by samrack on August 11, 2016 .

Share thisFacebookTwitterPinterestEmailWhatsAppIt is important to confirm all information “He said”, “she said” form of journalism often does not help to establish the truth. By PETER MWAURA Brian Karuga, 14, desperately needed a kidney transplant. In a story headlined “I need a new kidney, will you give me a new lease of life by donating yours?”published