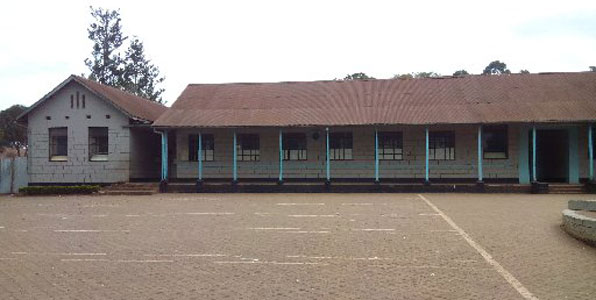 Alliance High School opened its doors on March 1, 1926 under the auspices of the Alliance of Protestant Missionaries. PHOTO | DOUGLAS KIEREINI

At the beginning of the 20th century there were several Protestant and Catholic missions which were seeking to establish themselves in Central Province.

The missions had carved out the province amongst themselves in a sort of mini “Berlin Conference”; the Church of Scotland in Kikuyu, the Church Missionary Society in Kabete and parts of Murang’a, the Methodist Church in Meru, Gospel Missionary Society in southern Kiambu, the African Inland Mission in Kijabe, the Catholic Missions at S Austins Muthangari and Nyeri.

The Catholic Missions were in a league of their own being endowed with ample financial resources compared to their Protestant counterparts and also experience as they had been running missions abroad as far back as the sixteenth century.

Many of the missions set up primary schools for Africans with very little assistance forthcoming from the government. Following initial efforts at forging missionary cooperation, Dr John Arthur who was in charge of the Kikuyu Mission, arranged for a conference to take place at Kikuyu in 1913 for discussions on this subject.

Subsequently, the Alliance of Protestant Missions was formed in 1918 comprising the Church of Scotland Mission(later known as the Presbyterian Church of East Africa), Church of the Province of Kenya, the African Inland Mission and the Methodist Church.

Dr John Arthur was a man who was utterly committed to the welfare of Africans. During World War 1, he was fiercely opposed to the conscription of Africans into the army as porters.

Dr Arthur also worked with the colonial government, applying pressure from within for reforms. He led the Alliance of Protestant Missions into protesting (pun intended) against white settlers’ abuse of African workers in the agricultural sector, and successfully convinced the colonial government not to permit forced labour on settler farms.

He also joined other Church of Scotland missionaries in working on the sidelines of one of the early African independence movements, the Kikuyu Association, led by Harry Thuku.

Dr Arthur was deeply involved in preparation of the Devonshire White Paper of 1923 which declared, among other things, that the interests of Africans were paramount in Kenya. Between 1924 and 1926, Dr Arthur served as the first representative of African interests on the Legislative Council of Kenya.

It was the accepted view amongst many Europeans that Africans should not be allowed an education beyond the basic level as they would not benefit from any higher education. The rationale was that Africans were only useful as a source of cheap labour.

Arthur was strongly opposed to this view and he believed that Kenyans (and indeed all Africans in British colonies) should be given access to primary, secondary and tertiary level education as a matter of right.

He led a group of missionaries and other like-minded people who convinced the British government to open up education not only for Kenyans but for all Africans in all the colonies. Thus Dr Arthur is, in many ways, regarded as the father of education in the whole of the African continent.

Against this backdrop, Dr Arthur, almost single handedly, worked tirelessly to establish a high school for Africans at Kikuyu Mission.
Alliance High School opened its doors on March 1, 1926, under the auspices of the Alliance of Protestant Missionaries.

The first principal was George Arthur Grieve and Dr Arthur sat on the school Board of Governors for the next 11 years. Alliance High School soon became the premier African boys’ school in Kenya and in 1939 was the first school to offer the Cambridge School Certificate (today’s O Level) examination for African students.

For many years Alliance High School was the undisputed leader in national examinations until 1986 when the school slipped to third position.
The alumni of Alliance reads like a “Who is Who” in Kenya with many leaders in the political arena, captains of industry, medicine, law, education and others.

Much of the success of Alliance High School is often attributed to Carey Francis who was the second principal at the school from 1940 until 1962. His stated mission was to build up the character of students through two main principles: discipline and obedience. Carey Francis managed to set very high disciplinary and academic standards at Alliance.

But his point of view was that colonial education for Africans was only part of the “civilising mission”, its first purpose being to serve the people and the community as a whole, not individuals.

For Carey Francis, like for many other Europeans in the colony, there was no space for an African elite and the role of schools like Alliance was to prepare obedient servants. This was an antithesis to the principles that the founding father, Dr Arthur, stood and fought for.

The paternalistic attitude of Carey Francis compromised the expectation of emancipation and autonomy amongst African students. For instance, he banned the wearing of shoes amongst the students and attempted to force the African staff to wear shorts instead of long trousers.

He failed to understand that in the eyes of most Africans, education necessarily implied a certain elevation in social status and the wearing of shoes and manner of dress was part of that status.

Having been treated as children by the colonial authorities, this group of students found it difficult to mature into adulthood because of the invisible barriers that were put up by the system.

As fate would have it, after World War 11 many students at Alliance were prepared to challenge the colonial social order. A strong desire for recognition drove the students in their quest for higher education and it is precisely because this desire was turned down by principals such as Carey Francis and other officials, that the struggle for education became a political issue in Kenya.

With the benefit of hindsight, the school motto “Strong to Serve”, whilst well intended by Dr John Arthur, was completely misunderstood by Carey Francis who believed he was training Africans for servanthood and not future leaders of this country.

The author is a retired banker and motorcycle enthusiast. E-mail dkiereini@gmail.com.

Alliance High School opened its doors on March 1, 1926 under the auspices of the Alliance of Protestant Missionaries. PHOTO | DOUGLAS KIEREINI Alliance: Premier African boys school that dared defy colonial social order his point of view was that colonial education for Africans was only part of the “civilising mission”, its first purpose being