Is this the comeback for Sportspesa

Is this the comeback for Sportspesa

SportPesa can now finally let out a sigh of relief as the firm now has access to its bank accounts after the High Court lifted orders barring the gambling firm from dealing in the cash deposits over a Sh14.3 billion tax claim by the Kenya Revenue Authority (KRA).

Justice David Majanja on November 13 gave Pevans East Africa, the company behind the SportPesa brand, control of its bank accounts that had been frozen since August 20. “The preservation order issued on September 11, 2020 and extended on October 5, 2020 be and is hereby discharged,” the judge ordered. 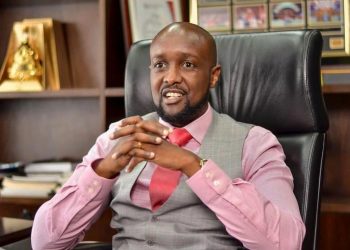 “That this matter be and is hereby stayed pending the hearing and determination of Milimani High Court Misc. Application No. 045 of 2020 or until further orders of the court.”

KRA had on August 20 issued preservation notices to Pevans’ bankers, invoking the Tax Procedures Act (TPA) that allows it to make such a move if it the taxman believes the firm in question is frustrating tax collection efforts.

The freeze had been issued after tax evasion investigations were initiated against the firm. The taxman obtained an extension of the preservation orders on September 11 for 21 days and again on October 5 for 60 days.

The Judge cut short the orders which were to run until December 4th saying Pevan’s had successful argued that KRA had failed to disclose material information to the court when seeking the ex-parte orders, including the fact that there are several pending cases addressing the same tax dispute.

The taxman is demanding a total of Sh14.3 billion from SportPesa, arguing that it has been unable to collect the amount because of the gaming firm’s “fraudulent schemes.”

Now, SportPesa might be able to access it’s paybills and resume business through Pevans Betting Control and Licensing Board (BCLB) license. Chief executive, Ronald Karauri had recently tried to bring back SportPesa through a new BCLB licence after acquiring an effective 54.4 percent stake in Milestone through a series of investment vehicles ahead of the attempt to revive SportPesa on October 30.

BCLB, however, clamped down on the operation within hours, saying the SportPesa trade name belongs to Pevans.

Milestone’s managers Wilson Karungaru and Bernard Chauro have since been charged in court with appropriating the SportPesa brand.

Tags: Is this the comeback for Sportspesa
Previous Post

Use of the Kenyan National ID is to cease starting December 12 next year, ICT Cabinet Secretary Joe Mucheru