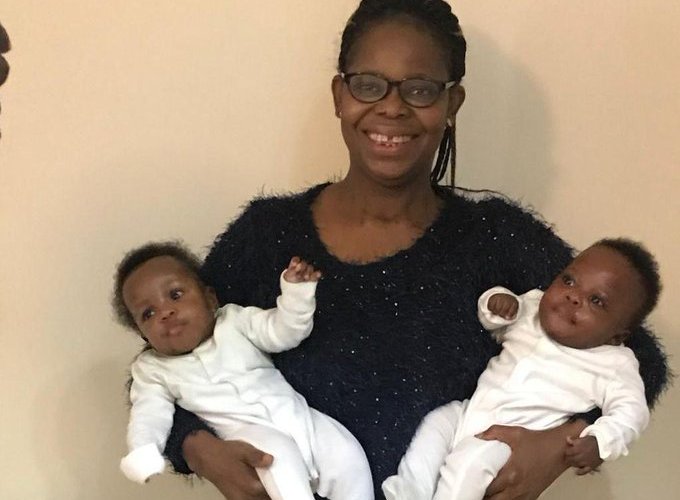 A doctor working at Birmingham City Hospital in England has been allowed to take her twins home months after she gave birth while she was in an induced coma being treated for coronavirus.

Dr. Perpetual Uke contracted covid-19 in March and she was rushed to the hospital where she was placed on a ventilator and put in an induced coma to help her recover.

At the hospital, doctors wanted to turn Uke on her stomach so that she could breathe but because she was pregnant with twins, they could not.

And because the babies were born prematurely, they were put on breathing machines and suffered a few complications.

Speaking to the BBC, her husband said: “It was really terrifying … every passing day I was hoping my wife was not among those who are dead. We are a team; the idea she might not be there was really difficult to accept.”

“When Uke woke up, she suffered confusion as a result of being in intensive care for so long, and initially believed she’d lost her twins, husband and other children. She said she was unable to meet her newborns for more than two weeks after waking up.

On her part, Uko told BBC news: “The first time I met the twins was very emotional. I was happy that we were all alive, but obviously concerned about their severe prematurity, which has its own risks. I had never wanted them to go through this difficult path at the start of their lives.”

After more than one month in the hospital, Uke recovered and was allowed to go home.

But the twins stayed for 116 days in hospital before they were discharged.

How a Doctor Miraculously Gave Birth to Twins While in Coma Due to Covid-19 Reviewed by samrack on November 20, 2020 .

Share thisFacebookTwitterPinterestEmailWhatsAppHow a Doctor Miraculously Gave Birth to Twins While in Coma Due to Covid-19 A doctor working at Birmingham City Hospital in England has been allowed to take her twins home months after she gave birth while she was in an induced coma being treated for coronavirus. Dr. Uke came out of a Covid-induced