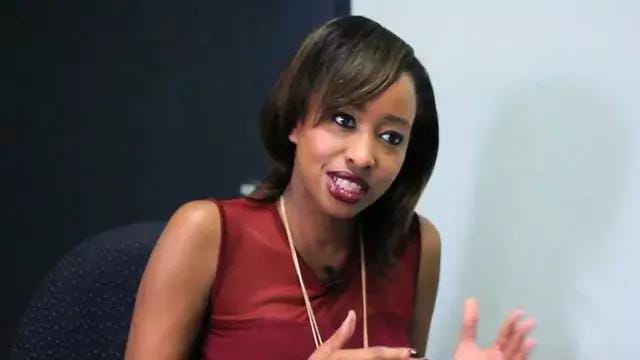 Janet Mbugua:Neither Mbugua nor RMS has responded to the unconfirmed word.

According to a well-placed source who spoke to TUKO, the news anchor handed her resignation letter but Royal Media Services management is not yet ready to let one of their most valuable employee leave.

She handed the letter stating her need to spend more time with family as the main reason said the insider. Other sources also report she was forced into that position after the management asked her to choose between her multiplying endorsements or her job at Citizen TV.

Plive reports that Mbugua was asked to drop her piling endorsements which include Resolution Health and iammotherhood among others but opted to leave the station.

Janet Mbugua started her career on Radio at the age of 19 at Kenya’s Capital FM Station. She has been to KTN, eTV and finally signed a mega deal with Citizen TV.

Watch her in the clip below: