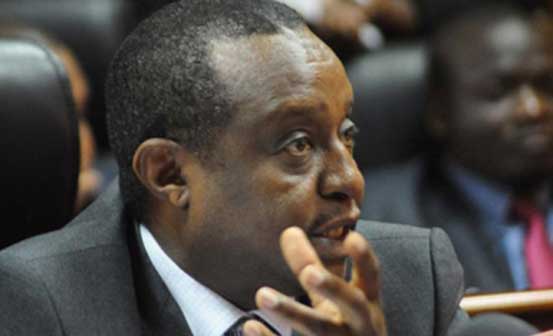 NAIROBI, KENYA: Kenya may come to market with a eurobond in coming weeks after finding strong interest at a roadshow in London on Tuesday, investors said, as the issuance window reopens for some African sovereigns. African issuance has yet to get off the ground in 2016. Commodity prices reached multi-year lows in the first quarter, putting fresh strains on struggling economies. But with commodity prices stabilising in March, and a rally in African bonds in conjunction with improved investor appetite for risky assets, the window looks open for some. Kenya’s finance minister was in London on Tuesday to meet investors in what was billed a “non-deal” roadshow, but a treasury source indicated Kenya may return in May to roadshow a bond. Finance Minister Henry Rotich told Reuters he had been impressed with the level of interest, having met over 50 investors. READ MORE Kenya prepares to test afresh Eurobond waters Africa watches as Kenya prepares to test Eurobond waters Hold to account those who steal public funds “Kenya may try to issue sooner than May, in my view,” said Shahzad Hasan, a portfolio manager at Allianz Global Investors. “They will most likely have to come with a smaller issue size, say $500 million to $750 million.” Claudia Calich, head of emerging debt at M&G Investments, agreed that the opportunity was open for Kenya to issue, given where its bonds were trading. “They might be tempted to test the waters within a few weeks,” she said. But Kenya could be beaten to the punch by South Africa, which held a global conference call with investors on Wednesday for a potential 10-year dollar bond, notwithstanding a difficult political and economic backdrop . The South African Treasury told Reuters it would issue a bond only if market conditions were favourable. South Africa’s 10-year government bond traded near one-week lows on Wednesday after Standard & Poor’s downgraded its growth forecast for South Africa this year. In contrast, the World Bank has highlighted Kenya as a bright spot in Africa, thanks to cheaper oil, improved agriculture output, supportive monetary policy and infrastructure investments.
Read more at: http://www.standardmedia.co.ke/business/article/2000197465/investors-eye-kenya-eurobond-in-coming-weeks-after-strong-interest