Intense lobbying to replace outgoing Inspector General of Police (IG) Joseph Boinett who has served his four-year non-renewable term is at its crescendo with top National Police Service (NPS) operatives and other security agencies jostling to take over. 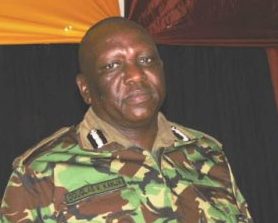 General Service Unit (GSU) commandant Douglas Kanja who was highly praised for how he handled the DusitD2 terror attack and Police Training College commandant King’ori Mwangi are also in the fray to succeed their boss.

Mr Boinett who was sworn in on March 11, 2015, was tapped from the National Intelligence Service (NIS) to steady the ship at a time the country was facing persistent terrorist attacks that his predecessor David Kimaiyo had failed to counter. At the time Boinett was being appointed, Deputy President Dr William Ruto’s now defunct United Republican Party (URP) wing of the ruling Jubilee Party wielded immense power in government.

President Uhuru Kenyatta ceded to URP’s demands to replace Kimaiyo with another member of the Kalenjin community. Coincidentally both Boinett and Kimaiyo hail from Elgeyo Marakwet County.

Security analysts say lapses during President Kenyatta’s first term, under Kimaiyo, were as a result of poor coordination between NIS and the police.